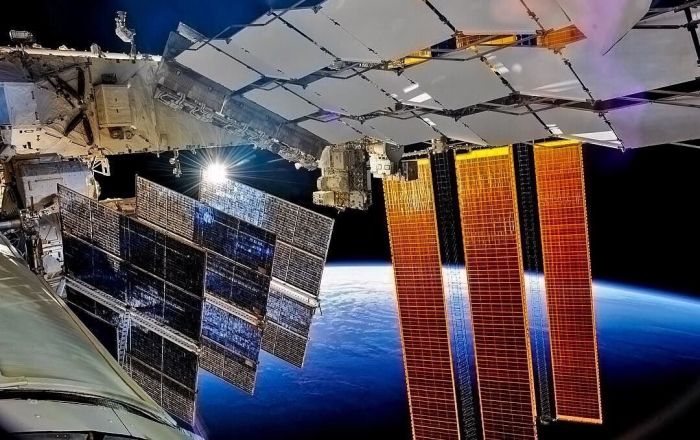 The International Space Station is subject to the endless bombing of small particles traveling at supersonic speeds. A team of MIT researchers found that the microscopes could be dangerous to the orbit advanced – in some cases even being able to melt holes in its shield.

The researchers used a tin that has a sufficiently low temperature, as a material model for mocking the surface of the station. They warmed another tin with laser beams to expel and accelerate tin particles, measuring one hundred millions of meter diameter, which then bombed the surface.

High speed cameras, filming gradually up to 100 million frames per second, revealed how the particles crashed the tin surface. Scientists analyzed different conditions under which a particle would pick up, would set the material to or fuse.

At a speed of almost 100 m / s, the report says that the collision can cause material loss. According to the study, particles traveling at speeds of almost 1 km / s (three times the speed of sound) can cause damage to space vehicles and satellites.

This is the first study of its kind, the authors of the paper that helped them to testify the mechanism that produces the effect, while previous analyzes have studied the impact on the "post-mortem" surface or after the collision.

During the experiments we saw particles hit particular material at a given speed, the team wants to see in additional tests such as particles bump in other materials, including alloys, in different corners.

"We can extend this to every situation where erosion is important," said David Veysset of MIT, co-author of the paper. He added that the study could help engineers develop waste materials to be used in space and here on Earth.

"The experimental work is very high quality … I could imagine that it could have applications to some types of surface grinders, similar to sandblasting but more aggressive than that method," wrote H. Jay Melosh, geophysikist and specialist in effective crater.