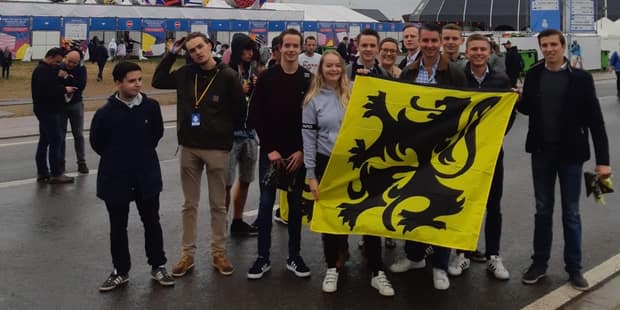 The Young Vlaams Belang handed out blazing flags at the Pukkelpop entrance on Saturday afternoon. They intended to react to the withdrawal of the flags alleged by the festival organizers.

"This afternoon we distributed more than 500 flags at the Pukkelpop entrance," writes the young extremist activists on Facebook. Earlier in the day, Peter De Roover, leader of the N-VA group, demanded public apology from Pukkelpop organizer Chokri Mahassine for removing flags from the festival on Friday. flamingos struck by the black lion.

"Your organization is criminalizing me and many Flemings by linking us to the Nazi regime," Peter De Roover wrote Saturday in an open letter to Facebook.

The festival has defended itself by saying that only "the black flag of cooperation" is concerned about the measure and that no official Flemish flag has been removed.

The organizers of the Pukkelpop made the decision following the uproar caused by the incident around climate activist Anuna De Wever. The young woman and her friends attended the festival camp by several spectators carrying flaming flags after leading a campaign for the climate.