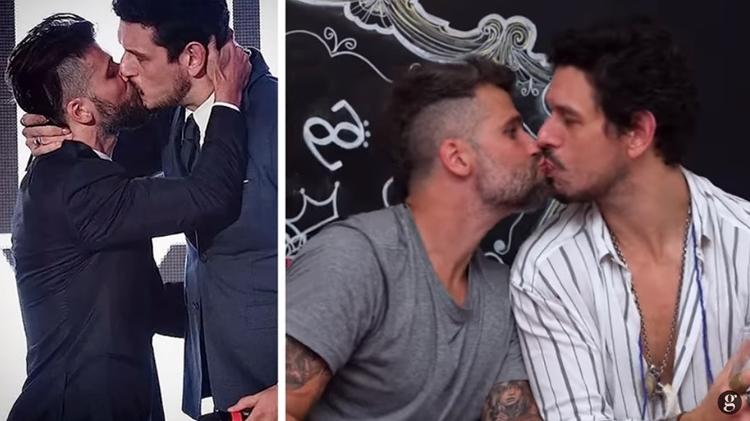 Bruno Gagliasso and João Vicente de Castro had fun with the Eu Eu play, along with Giovanna Ewbank and Fernanda Paes Leme.

The two, who pecked in 2015 at a party at Copacabana Palace, repeated the gesture on Gioh's YouTube channel.

In the game, Gagliasso took a swallow of his shot as he said, "I was never excited on the scene," confirming that the opposite had happened. João Vicente also stated that he was already excited about TV scenes. Each of them also said that they already had sex in the workplace.

"I had sex soon after, didn't I?" Giovanna asked.

"Look, she wants to make me money," joked Bruno.

Gagliasso and João also said they had sex with fans. Castro said that if he talks about the number of fans, he'll have to drink the whole bottle of drink.

Bruno also said he was already lying to get a job. "In my first play, I said I rode a lot of horses, I never rode. Jayme Monjardim, The House of Seven Women," the actor recalled.

"Me too!" Said Fernanda.

Ewbank and Paes Leme said they were bored during sex and pretended to orgasm. Giovanna even joked that he pretended to Bruno: "In the beginning, yes."