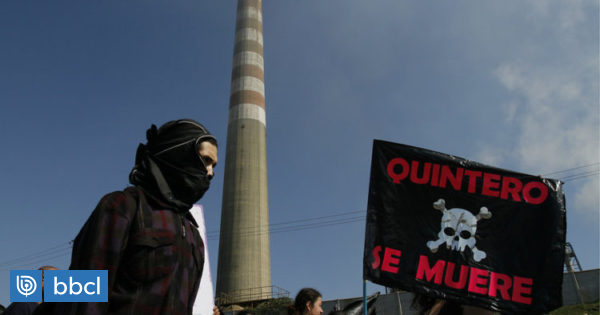 The Ministry of the Environment has signed an agreement with the Norwegian Institute for Atmospheric Research (NILU) to conduct a completed study at Quintero and Puccini, which will be able to determine which contaminants have created the massive intoxication episodes in these communities since the last delay

Carolina Schmidt, owner of the case, said that the alliance with this measurement center – recognized worldwide – would allow for the "fingerprint" of toxic substances that polluted the so-called sacrificial zone for nearly half a century.

"This will allow us to act immediately, the fact that in emergency cases it was impossible to do because we had emergency meters that could not identify the existing components in the area," he said.

"You want solutions now, will not happen anymore"

The work will involve taking more than 200 samples in two communes. However, the results of these studies will be ready only during the first quarter of next year.

For this reason, the mayor of Quintero, Maurizio Carrasco, came to answer questions about deadlines. "You want solutions now, will not happen anymore," he admitted, "but with the decision of the health warning and the daily limit, we had no more episodes," he said.

Of course, he said he would be satisfied only when the decontamination program announced was approved by the state comptroller and that what happened with a failed strategy presented by the former administration of President Michelle Bachelet does not occur.

Specifically, the work of the Norwegian team, which has already begun to take place in Cordon Industrial, will lead Dr. Norbert Schmidbauer.

They will use 96 high-tech stainless steel balloons, which will allow the integrity of the samples taken during the long months, which will be taken to Norway.

On the other hand, environmental authorities announced that on this Monday the process of participation of citizens for the atmospheric purification program of Concón, Quintero and Puchuncaví began, for example will include 8 open activities to the community in these three cities.

After the end of this period, on December 14, a process of systematic and evaluation of the donations received will begin to give shape to a plan to be submitted to the Comptroller's Office before the end of the year.