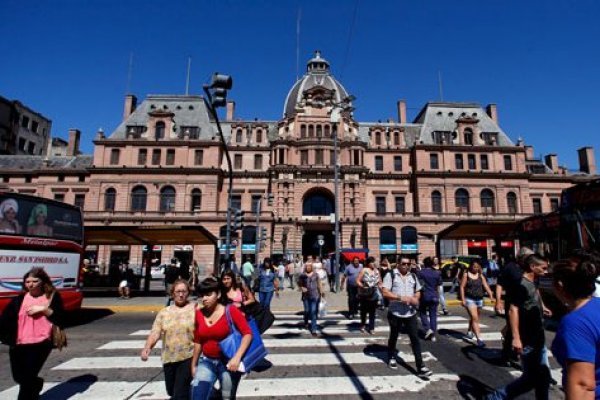 Users complained on social media about the inability to operate on websites of their financial institutions.

The Argentine economy was out of breath after the primary elections held over the weekend. The black day that the overmarket market lived yesterday knocked on the door to the bank. The crash that Merval had and the collapse of the currency against the dollar caused hundreds of thousands of Argentines to physically – and to their banks' digital platforms – shift their savings in Argentine pesos to dollars, according to Expansión.

The fear of losing 25% of the savings (which was shameful to depreciate the trans-Australian currency yesterday) has led to the banks' websites in the neighboring country collapsing, as reported by the Spanish media. In fact on social networks several users have complained about the inability to operate on the platforms of their banks, as happened with Santander and BBVA Francés.

This is because several finance companies in Argentina allow their customers to buy and sell dollars to their customers on their virtual platforms. Many trans-Andean citizens buy the US currency through this medium and then exchange them and pay off debts or invest.

For several hours Santander told his customers via Twitter that "We are in the process of normalization, we hope to resume normal operation as soon as possible." The same situation in BBVA Francés, who commented that "we have detected intermittencies in the operation of Internet Banking. We are working to resolve them as soon as possible".

In the morning Santander announced on Twitter that the technical problems on its page had already been resolved.

While other financial institutions have used the momentum to promote their products, as was the case with Itaú. Listed on social networks the Brazilian capital "report STEP to inflation today." This is because the company has an account that opens online in five minutes and among its benefits is zero inflation as the bank returns monthly inflation based on the average balance in the account.

In 2001 Argentina suffered a "financial backdrop", which limited the free disposal of cash in cash and savings accounts to prevent a massive outflow of money from the financial system and thus prevent a bank run.