At least four deaths from a house crash in Valparaiso 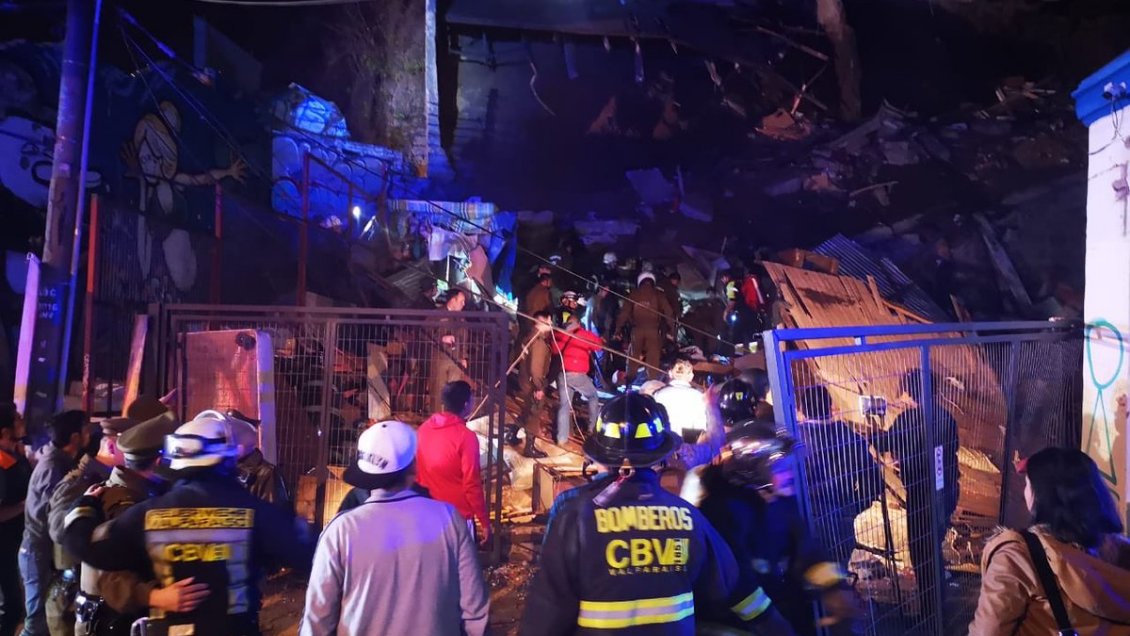 At least four people died from a house collapse in Valparaiso tonight.

The emergency is recorded at the intersection of the streets Meet Huito, close to the elevator of Holy Spirit, and mobilizes at least five fire companies, as well as municipal and SAMU personnel.

As in detail Carabineros, the deceased are three adult men, while a minor male has injuries, but is without essential risk.

He Fire Commander Rodrigo Rome said that Two people were rescued and confirmed that they were trapped.

"It is a complex rescue, there is a pile of rubbish … fortunately we were able to save the 2 children … there are deadly victims who are under rubbish … the number of people is undetermined" … Firefighter Rodrigo Romo de Valpo. .. @ Cooperative

? Intendant @jmartinezvalpo confirms that two children were rescued from the rubbish. The number of deceased adults is yet to be determined.

The causes of the collapse of the structure are still under investigation, and waste disposal work "will last all night," said Mayor Jorge Sharp.

[Radio en vivo] The mayor of # ValparaisoJorge Sharp says all emergency agencies are witnessing the collapse this evening in the city, which left four people dead https://t.co/QkQdgHw02O #Cooperative Regions

"The works will extend throughout the night … in an hour more, we will have more certainty about those who lost their lives" … Mayor of Valpo, Jorge Sharp about demolition of a house in Valpo …@ Cooperative

At the moment five Companies of the Valparaiso Fire Brigade # CBV1851 they work in place, the collapse of structure is noted. pic.twitter.com/r4u6vfQPLG

The rescued people are already in medical centers, the man said Governor Mary of the Angels of Peace, who emphasized that the damaged dwelling is in "dilapidated sector" of the city.

Sad and tragic for the families who lived there. Violent plot at Aldunate street house with Huito in # Valparaiso. Emergency teams working on site: https://t.co/4wtLeX6dFn