Collapse in Valparaiso: The difficulties facing the rescue operation 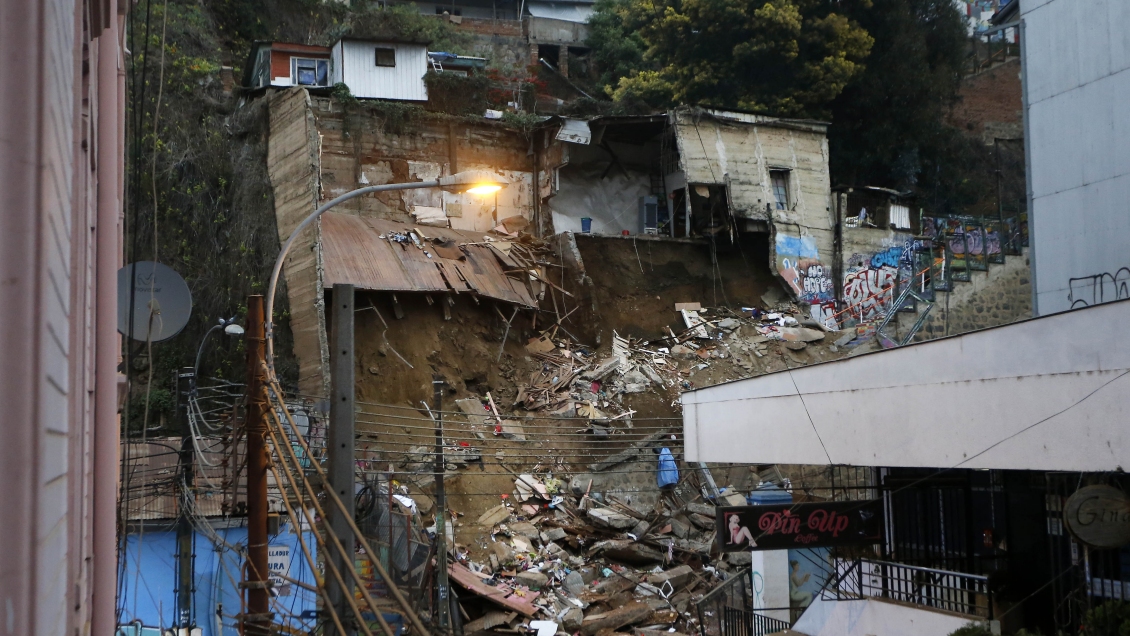 The mayor of Valparaiso, Jorge Martinez, detailed the difficulties that exist to save the at least four bodies that remain trapped under the rubble of the collapsing house and retaining wall that was registered in the sector of the Pasteur staircase, in the center of Valparaiso.

The regional chief confirmed that there have been six dead so far, two of whom were rescued, two women aged 53 and 82 years, while the other four bodies remain trapped.

"There are four deceased victims who have not yet been able to recover due to the conditions in which the place is located, which is a very critical condition, very dangerous, and it is working with USAR, Firefighters, Onemi, Community, Police, PDI with a plan to bring heavy machinery because at this time the building is threatening ruins, "said the community leader.

According to Mayor Martinez, the rescue of the victims is very dangerous, as the area is at serious risk of collapse, so work will be taken care of.

"The idea is to gradually remove the materials, Sernageomin geologists are already on the road doing this job safely to rescue the at least four dead people who are under waste and cannot be removed as long as safety conditions do not exist, "he said.

"What we do know is that there are at least four people under the wall, only when that wall, which requires earlier works with high complexity, will be raised, will it be possible to finally determine the totality of killed people, "said the regional chief.

Martinez also explained that there were four people in the collapsed house, the two identified deceased women and two children who were rescued shortly after the accident and that the rest of the deceased are people who were or were driving on the Munich stairs.

"In the house that fell, there were four residents, the two dead women and two children, one in six and one in seven. The boy, without injury, is tall and the girl with a rupture of the tibia and clavicle, but recovering at Van Buren Hospital, "he said.

Mayor Sharp: Housing had no decree of demolition

Meanwhile, the mayor of Valparaiso, Jorge Sharp, lamented the tragedy recorded in the city and explained that the house has no decree of demolition.