"Do not come back and do not bring friends!": Man dismisses his tumor in the middle of the operation 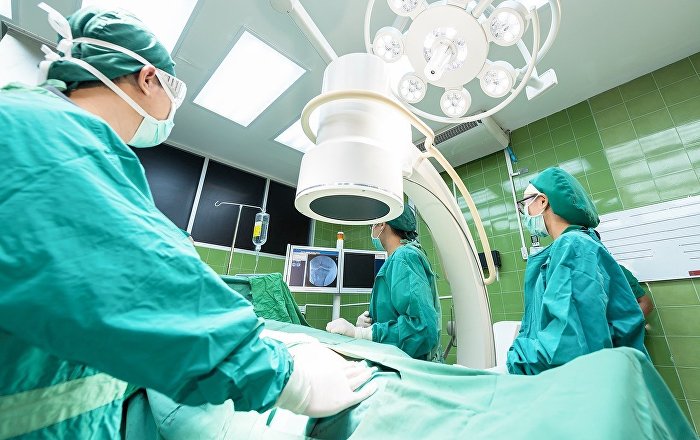 A patient with cancer spoke goodbye to his brain tumor while lying on the functional table. This feat was possible thanks to iKnife-an intelligent scalpel-and innovative surgery in a British hospital.

James Hinnigan, a 39-year-old British, made the unusual request to see her tumor with a surgical surgery. This video shows the patient dismissing the tumor and saying "he does not return and does not bring friends".

Hinnigan resided in Western Australia when he was diagnosed with a stadium two glioma in 2015. He returned to the United Kingdom to participate in a clinical trial at Charing Cross Hospital in London.

It may be interesting: a child fell on a grip that pierced his skull, and he survived

They exploded the tumor by iKnife, who examined the fabric when it contacted it and immediately informs whether it is cancer.

Three years later, Hinnigan is a free and healthy tumor. Speaking of the surgery, he said: "I asked to see my brain tumor because I wanted to see what caused me so much trouble, I was also a bit excited during the recording of the video because I was very grateful that I offered the surgery to save my life ".

The patient was initially sedate while the surgeons opened their skull. Later, they woke him up and encouraged him to talk to a nurse to help the doctors check some damage to their linguistic abilities.