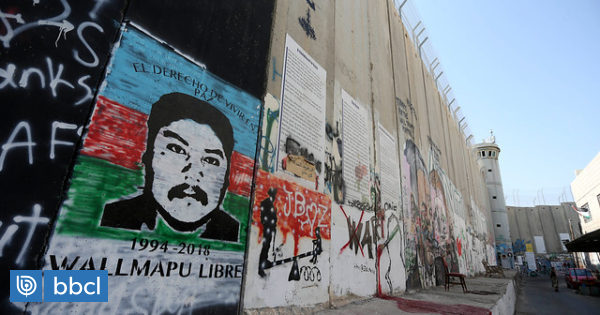 The oral argument for hearing preparation in the event of the death of the Mapuche community member Camilo Catrillanca should start next Friday, August 9 from 9:30 am, in Collipulli Court of Guarantee.

Summoned the crimes of the National Institute of Human Rights consumed homicide for the death of the commoner and Qualified homicide frustrated by a teenager, from the minor who accompanied him on November 14, 2018 in the Temucuicui sector of Ercilla.

Meanwhile the family of the community asked life imprisonment, as perpetrators of qualified homicide, for four officers of the GOPE de Carabineros and 10 years of imprisonment for three other ex-uniformed, in addition to a lawyer, as vanguards.

Federico Aguirre, the regional head of La Araucanía at the National Institute of Human Rights, said that after analyzing the background of the incident, they decided to present the private prosecution as complainants, given the serious violation of their rights. that they should be punished with the greatest punishment. possible for make sure they are not repeated.

Meanwhile, lawyer Nélson Miranda, who as a complainant represents the family of the deceased communist, said the conduct of those who are accused is hidden were directed to conceal the crime so they "fit in the respective crime rate."

The detailed allegations are in addition to those of the Public Prosecutor's Office, the Home Office, the State Defense Council and the family of teenagers who were with the community member at the time of his death.

As for the child, the case is the responsibility of the lawyer Sebastián Saavedra, of the Southern Research Center (Cidsur), who requests between 11 and 45 years in prison for each of the former officials according to their level of involvement in the crime.