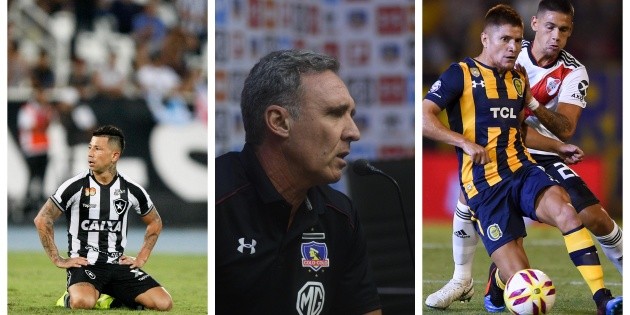 Colo Colo contacted Leonardo Valencia to learn about his situation in Botafago and could be an alternative to strengthen the squad for this second semester. During the presentation by Iván Rossi, Marcelo Espina acknowledged that the possibility was there, but not very close.

"It's a further option. The thing is, the market is still open in other places and it's complicated for us, we always have a bit of an investigation. We have to be vigilant. But we have no conversations or anything previous with any other player. , "he explained.

He added that he was constantly offered footballs. "If I told you how many WhatsApp I get with offers, there are thousands. But then we value sports, knowing a lot about the player. It's about narrowing the margin of error," he added.

He acknowledged that they had asked about Leonardo Gil, but he rejected it for the time being. "Gil was a poll and nothing else, there it was. It wasn't even a negotiation. You vote many times, ask, but that doesn't mean interest," he said.

Finally, he explained that his talk of not bringing in additional reinforcements, altered by the urges that arose on the squad, as prolonged injuries of some players.

"At the beginning of the year, the injury of Agustín Orión forced us to hire Darío Melo. And then Ronald de la Fuente was injured and led us to bring Cristián Gutiérrez. Now Carlos Carmona is in. It's an emergency to cover. phone until today to hire someone else, but if we change our mind, which is the problem, they have nothing in common with the results, if we haven't pressed much before, now I'd rather not say anything better about whether the campus it's closed, "he concluded.