They burn boats and airplanes in possibly a fire attack in Los Ríos: they have found National pamphlets 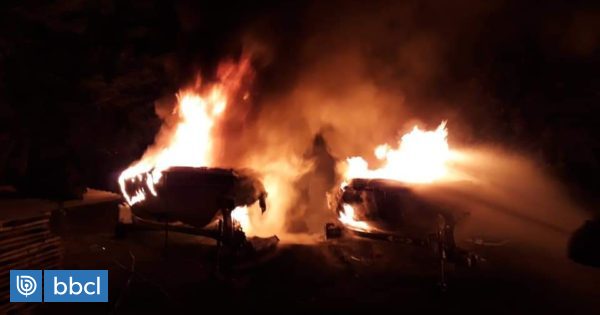 The early morning this Saturday fire affected an area in the municipality of Panguipulli, in the Los Rioj region. A possible fire attack is investigated.

The crisis was recorded approximately 04:00 hours, next to the T303 route, near the Melefquén sector.

As indicated, in the place there were pamphlets referring to the territorial conflict.

This situation occurred near a forest, which had previously been victim of a fire.

The mayor, Cesar Asenjo, condemned the event and said they did not want this to happen in the area. He also realized that they always wanted to dialogue.

In any case, he maintained that they were contacted with the Ministry of the Interior, to take legal actions and added that they would continue to take care of this situation.

The office prosecutor taught the staff of the Special Police Investigations Brigade, BIPE, and the PDI's Criminal Research Laboratory, to carry out the expert reports on the website.

Customs officers also attended the site of the emergency.