Dialogue with the reform and open theme series of professor Dai Ming, about what you've been talking about this week – Chinese Newspaper

China Global Online, December 7th On the evening of December 2, the theme of the 40th anniversary of the reform and opening of the NPC Seminar was held. The first invitation was Professor Feng Shizheng, Dean of the School of Social and Popular Studies at Renmin University of China. The subject of the speech was "40 Years of Reform and Opening: Social Transformation and Social Government". On December 4, the second invitation was Professor Wu Xiaoqiu, Vice President of Renmin University of China. The theme of the speech was "China's 40th Anniversary: ​​Common Knowledge and Logic of Returning to Finance". On December 5, the third event was invited by Wang Hua, Dean of the Renmin University of China's Environment School and Overseas Distinguished Professor of Environmental and Resource Economics. The subject of the speech was "China's Environment for 40 Years: China's Environmental Governance System Construction".

The number of requirements for each lecture is over 100. Especially as one of the experts with strong influence in the field of capital in the domestic economic field, the lectures of professor Wu Xiaoqiu are even more popular. On the evening of 4th, when the audience recorded much more than expected, it reached almost 300 people, and the conference was temporarily changed to a multilingual conference room. Even so, there is still a group of listeners who came to listen to the lectures for two hours.

Earlier this year Renmin Chongyang combined the country's biggest problems and launched the "Dialog of Famous Professional Dialogs". The lectures in the first half of this year have now been compiled and published as "Lectures to the People's University of China". This year marks the 40th anniversary of the reform and will open. In the first year of the 19th National Congress, the reforms are relatively strong. That is why the theme of the recent series of lectures is "40th Anniversary of the Reformation and Opening". Ask Renmin University of China's important authoritative scholars to explain the changes in China over the past 40 years. As an integral part of the series of commemorative activities for the 40th anniversary of reform and opening. This series of lectures was co-sponsored by the mass media of the National People's Congress and the Observatory Network, China's Day and China.

So what did the three famous professors of the first three lectures do? Look at the small series for you to order. 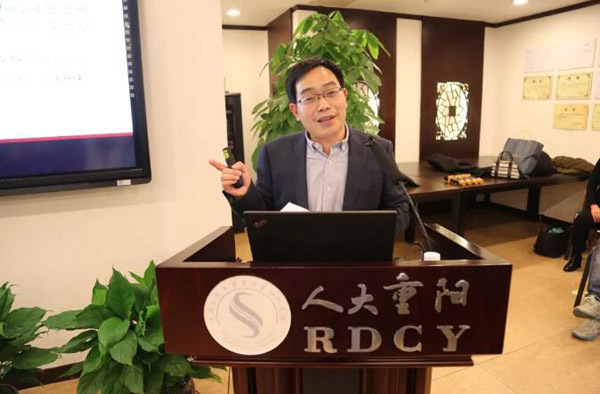 The first lecture was hosted by Yang Fanxin, an associate researcher at the National People's Congress, and instead of Executive Dean Wang Wen, welcomed the arrival of Professor Feng Shizheng. Later, Professor Feng Shizheng talked about how society transforms itself, why it transforms and how to implement social management. The paradox of social transformation is the contradiction between development and order. The "middle income" is in fact the social transformation, and the vigorous society is the main task of the current government.

In response to the contradiction between development and order, Professor Feng Shizhen mentioned Xunzi's decision as "Mingzhizhiqun" to explain, underlining the job of division, establishing rules, and allowing the masses to organize rational according to certain rules. It is necessary to make clear distinctions so that the group has to handle the relationship between public and private. First of all, we must respect private rights, protect welfare rights, and protect freedom of communication. If rights rights are not protected and freedom of communication is not protected, then the masses are not an independent individual, and it is impossible to form a group that we expect, flexible, responsible and productive. At the same time, it must be public, people should not be too selfish, and there is no publicity when they speak privately. In order to address the relationship between public and private, the core must address the relationship between the individual and society, so that society becomes a society that can be combined, shared and shared. 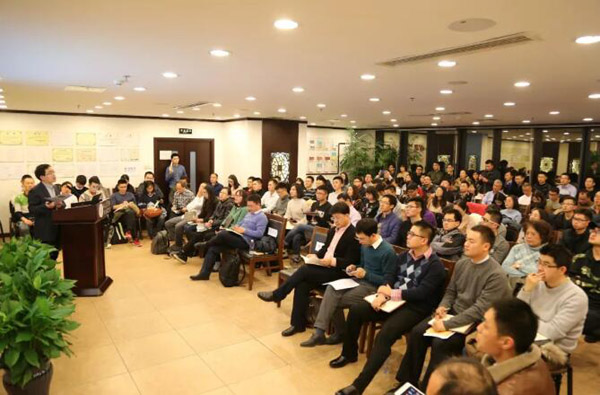 How to achieve "release the group"? Feng Shizheng emphasized the dominion of society. At the core of social government, it is a question about which society is and where society is.

Specifically where is the society? Society is in two places, one in the corner and one in the link. The called angles are those vulnerable groups that easily overlook and easily forget. There is a poem: "There is no place in the day, young youth comes. The moss is like a little rice, and it's also a peony." It's like a moss open in the corner alone. This is the corner of society, which means narrow. Small society In this sense, the main function of social administration must take care of this society and constitute the lack of social security, so that society does not cause some dilemmas that influence stability.

Another kind of society is where social relations are. The places where politics, economy and society are connected are the so-called society. In this sense of social administration, its main task is to exchange the threads between the various sectors of society, to make the whole society, and leave it not out of contact.

In order to carry out social administration, it is necessary to begin at the bottom. High line and far is to make connections and reinforce integration. In conformity, we must reinforce and innovate in social management. The focus is to achieve two transformations: one must move from small administration to great dominion, and the other must move from society to society. The so-called small administration aims to dominate the corner of society. Great treatment is to strengthen the dominion of social integration according to social relations. One must combine a small administration and a great dominion organically. At present, we can focus on small management and focus it, but at the same time we must take care of changing these two relationships. We have to make a good transition and not move away.

Finally, Professor Feng Shizheng noted that in the last 40 years of reform and opening, why should we raise the issue of a social government? The reason is that the development of the Chinese society has already faced a new situation, that is to say, simply to revive the market is not enough to ensure the rapid evolution of the entire economy and society. The core is now to enforce the society. Only when society is vigorous, the market economy is truly energy efficient and really forms an organic society. An organic society can balance both individuals and social, and have order and life. Specifically, it is a society of three sexes, that is, inclusive, flexible and flexible society. 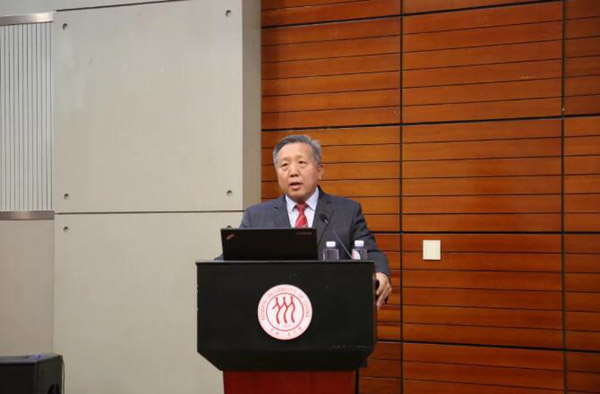 The second lecture was hosted by Wang Wen, Executive Dean of the Renmin University of China's Financial Research Institute of Financial Research. In his speech, Professor Wu Xiaoqiu introduced the evolution history and achievements of China's financial reform for 40 years, and analyzed financial mutual sense and logic.

Professor Wu Xiaoqiu said China's reform and opening has made great achievements in the past 40 years, and has cultivated many talents and promoted the market reform. "Market reform is very important, its core must revitalize the enthusiasm of all." He said reform and openness caused a tremendous influence to China, especially after the access from China to the WTO, China and international rules and the rules of globalization. Convergence includes the promotion of the reform of state companies and the improvement of the entire economic system market.

Wang Hua: Some ecological problems have improved in recent years, and the turning point has begun to appear. 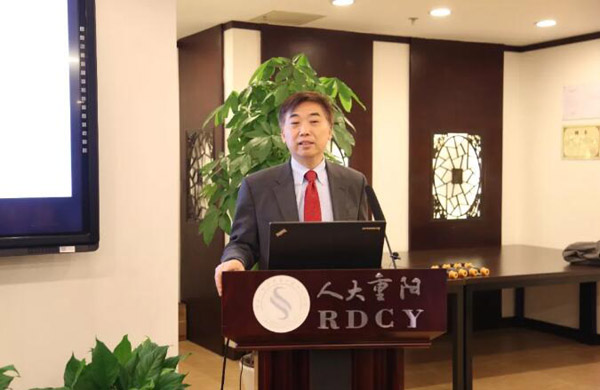 The third lecture was hosted by Cao Mingdi, a researcher at the Kongyang Congress of Congress. The assistant to the dean of the Congreso Popular Congress Chongyang and the director of the Macro Research, Jia Jinjing, gave a leading speech. Professor Wang Hua has introduced the changes in the Chinese environment for the past 40 years. In the past 40 years, the economy has continued to grow at high speed, which is very impressive, but ecological problems have been deteriorating and unbearable. Some environmental problems have improved in recent years, and the tournament began to emerge, giving hope. With regard to ecological systems, from concept to method, namely, strengthening, achieving international high level, rapid economic development, problems continue to emerge, systematically backward, learn from international experience, have a long-term advantage, system management is better than developed countries. The same level 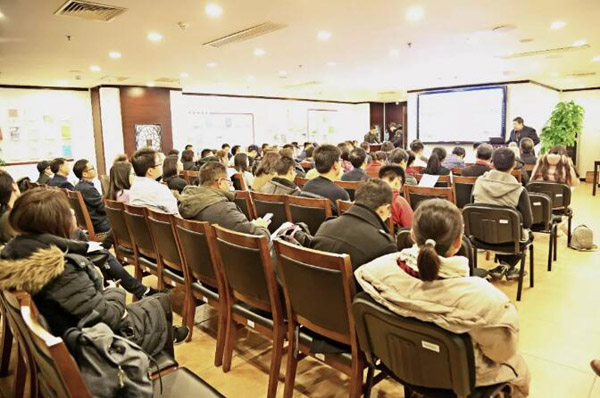 Professor Wang Hua also discussed the concept and significance of the construction of an ecological management system, that is to say, through the lower access to the development of sustainable development systems, through the richer and more diverse social rules, to complement the current methods of public management, environmental protection, prevention and mitigation of social contradictions, improvement of the public administration system, and coordination with the construction of democracy and the legal system. Finally, Professor Wang Hua had a lively and deep relationship with the audience.