Colombia has slowed the growth of HIV – Health 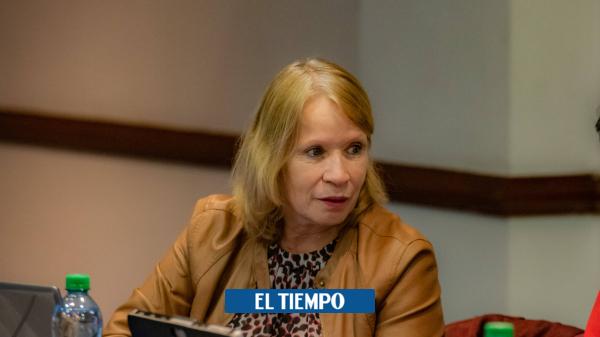 The annual UNAIDS report, in which the United Nations agency tracks policies to address HIV (AIDS) worldwide, highlighted the progress Colombia has made in recent years.

Specifically, the country was one of the largest reductions in new cases in this decade (2010-2018), with a 22 percent reduction in impact, contrary to the trend in Latin America and the Caribbean, which has grown by 7 percent.

Gomez, in an interview with this newspaper, points out that the country's success in reducing new cases lies in increasing the diagnosis of people with HIV, thus a unique paradox.

This strategy is called Treatment as a Prevention, and it means "to diagnose and treat many more people with HIV," controlling the level of its viral load to undetectable levels greatly reduces the chance of transmitting to others and, therefore, new cases ". Or in short, people controlled and with undetectable viral loads no longer transmit the virus to anyone.

In that task, Gomez points out that rapid HIV testing has allowed health authorities – with the support of international organizations – to reach populations where the epidemic has now been identified as having its epicenter.

Why is HIV falling in Colombia and increasing in Latin America?

Colombia is one of the seven countries that, along with El Salvador, Nicaragua, Ecuador, Paraguay, Panama and Peru, have shown this reduction in new cases. In other nations, such as Mexico, the epidemic is stable.

The countries that have increased their cases are Brazil, Chile, Bolivia, Costa Rica, Uruguay and Honduras. This demonstrates the heterogeneities of the national responses, being as a marker of the reduction of new cases in countries that succeed in increasing access to early diagnosis through a wide range of screening trials at community level.

Do people still fear the disease? What figures are known for diagnoses?

Stigma and discrimination still persist, albeit to a lesser extent, affecting affected or infected people. In terms of diagnoses, of the approximately 160,000 people living in Colombia living with HIV by 2017, 122,320 living people knew their diagnosis, which represents 85 percent of the total number of people living with HIV in the country by that year.

Diagnosing and treating many more people with HIV, controlling the level of their viral load at undetectable levels greatly reduces the likelihood of transmission to others

According to information presented by the Ministry of Health and Social Protection, in 2017 85 percent of people with HIV knew their diagnosis, which leaves a gap in this first pillar of 5 percent. For the second 90 (people with antiretroviral treatment), the gap is 21 percent over the previous colon (81 percent), because of the 129,600 people who were estimated to require treatment, 78,228 received it. And in the third pillar (viral load suppressed), the gap is 30 percent, because of the 116,800 expected people with suppressed viral load, 50,373 report in this situation, which represents 43 percent of the previous colon (73 percent).

What are the challenges to overcome to achieve this goal?

The main current challenges are to reach 5 percent of the population who are not yet aware of their diagnosis, as this remaining population is difficult to reach and requires appropriate strategies. On the other hand, achieving linkage and retention in care services for people with HIV, as this loss explains the widening of the access gap to antiretroviral treatment. And ultimately improve the delivery, monitoring, and quality of care services to achieve viral repression.

What are the populations at high risk of transmission today?

The populations defined as key, according to the ministry, are men who have sex with other men, trans people, sex workers, people who inject drugs and street dwellers.