80% of the Arab countries are under water poverty 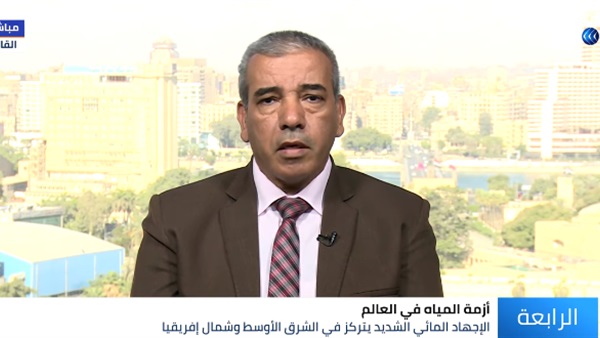 Dr Abbas Shraqi, a professor of geology and water resources at Cairo University, said that 80% of the Arab countries are below the water poverty line, pointing out that there are only 4 of the 24 Arab countries whose water share is higher. the barrier of 1000 cubic meters of water.

He added that water resources are almost constant, but are doubling population growth, pointing out that severe water stress is concentrated in the Middle East and North Africa.

The professor of geology and water resources, Cairo University, says that 85% of the volume of water is used in agriculture, although the economic return is small, it has to direct water resources to the highest economic value, pointing out that water is a wealth. disposable and recycled.

A quarter of the world's population in 17 countries lives in areas of extreme water stress, most of them concentrated in the Middle East. According to the United Nations, between now and 2050, water demand is projected to grow at Four Hundred Factories, and one hundred and thirty percent homes.