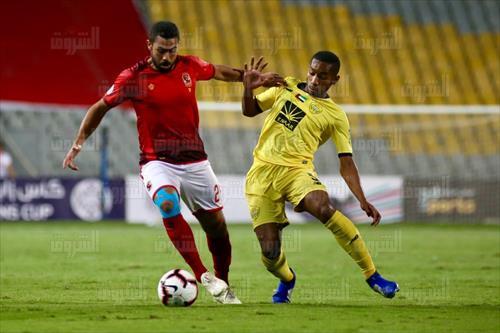 The Emirates Club announced that the tickets will be allocated to fans of Al Ahli in the next two games, on Thursday, the 16th round of the Arab Championship (Zaid Cup for the Champions Clubs).

Ahmad al-Balush, Al-Wassel's media coordinator, said that the tickets for the meeting were allocated to Al-Ahli fans only within four hours. "The tickets were sold for sale at 5 pm on Sunday and were completed at 9 pm that day."

"We allocated 2300 tickets to Ahli fans, who represent 25 percent of all tickets," he says.

Al Wassel Communications Coordinator confirmed that the tickets have been fully implemented and there is no new offer for sale from Tuesday until the date of the meeting, which will take place at 17:30 at 07:30.

He noted that the Ahli mission would arrive at Dubai airport at 13 pm Tuesday afternoon and Emirates would be accepted by the club's vice president.

The game ended in a 2-2 draw at the Burg El Arab stadium in Alexandria.