The closest black hole on Earth shone in a strange way 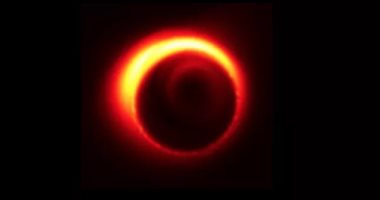 The only thing that many people know about black holes is that they are dark entities, but the hole closest to the planet violated this, after observing a bright hole and lighter than at any other time in its recorded history, according to the website "Metro"..

Black holes are so dense that light cannot travel so fast to escape the large density of the hole, which makes them always dark, yet they can also produce a strange glow in the right conditions..

For example, black holes are often surrounded by gas and other materials that produce luster due to the forces of friction and gravity..

Here is a timelapse of images over 2.5 hours in May @keckobservatorio of the supermassive black hole Sgr A *. The black hole is always changing, but this was the brightest we've seen so far in infrared. Probably even brighter before we started watching that night! pic.twitter.com/MwXioZ7twV

It was this phenomenon that allowed astronomers to take the first image of a black hole earlier this year that showed a bright disc surrounding a dark nucleus..

A team from the University of California discovered the huge hole in the center of humanity's main galaxy, the Milky Way, 75 times lighter than usual..

Scientists say the change is likely due to an increase in the amount of gas absorbed into the black hole.