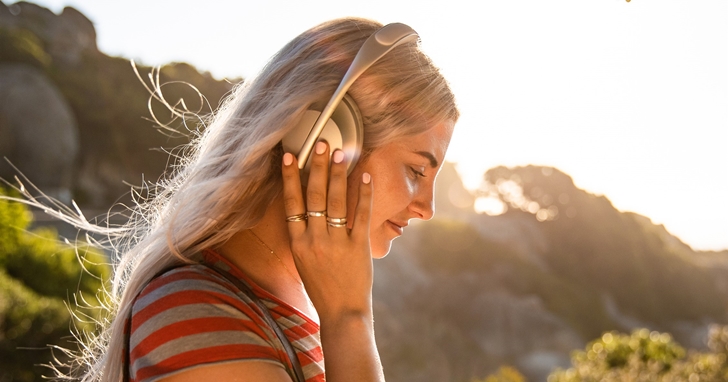 As for the exterior design, the Bose 700 noise canceling headset has more ink in terms of aesthetics and durability. The whole machine adopts a stainless steel ribbon design that not only fits the contour of the head but also has an interface far less than the conventional industrial standard, plus the ear. The rack can be rotated to be horizontally stored in the headset for easy carrying, and the power provides 20 hours of battery life.

For the specific part, the Bose 700 noise-canceling headset is equipped with new acoustic electronic components, using a new generation of digital signal processing technology and eight microphone systems, of which six microphones are combined as ANC active noise reduction, and the other two are combined with their pair of microphones. It is used to enhance the radio receiver effect, and the beam receives a user's voice while removing other sound interference, and the other generates a microphone array (A-rejection array). The second line of defense tracks and blocks residual disturbance sounds, can effectively counteract the reception of ambient sounds during a call, and even make immediate adjustments during changes, direction, or surrounding environment.

Most notably, the Bose 700's noise-canceling headset has an "adjustable" noise reduction level. When the noise reduction level is adjusted to the highest level, you can have a quiet private space. When set to the lowest level, you may receive some micro-environment sounds. In "conversation mode", users can sense the surrounding dynamics even when wearing headphones, such as hearing oneself, others and surrounding sounds, enhancing the alertness of external movements and the opportunity to talk to people without having to remove the headphones.

In addition, the Bose 700 also supports smart voice assistant Siri and Google Assistant, which can send voice commands or handle multimedia even if the phone or cellphone is not around, such as music list confirmation, switching songs, and more. In addition to voice control, the 700 wireless canceling headphones are also equipped with a capacitive touch version outside the right ear cup. They can quickly answer the phone, adjust the mute, volume or pause according to the specific operating gestures. The operation is very intuitive and human. In addition, there are three physical buttons on the headset that are used to turn on and off, adjust the sound canceling noise, and activate the voice assistant. After connecting the Bose Music App, you can get additional advanced features.

The Bose 700 noise canceling headphones are available in black and silver. They can be pre-ordered at major Bose stores from now, and will be officially launched on September 1 at a price of 13,000 yuan.

The decline of the Dow is growing by more than 600 points. The economy is in recession – RTHK – Radio Television Hong Kong

C Lang: The difference between me and Mes is … – Yahoo Sports

The game of survival game "The Last Wood" is about to open and experience the first lemon tree to survive. – Bahamut video game