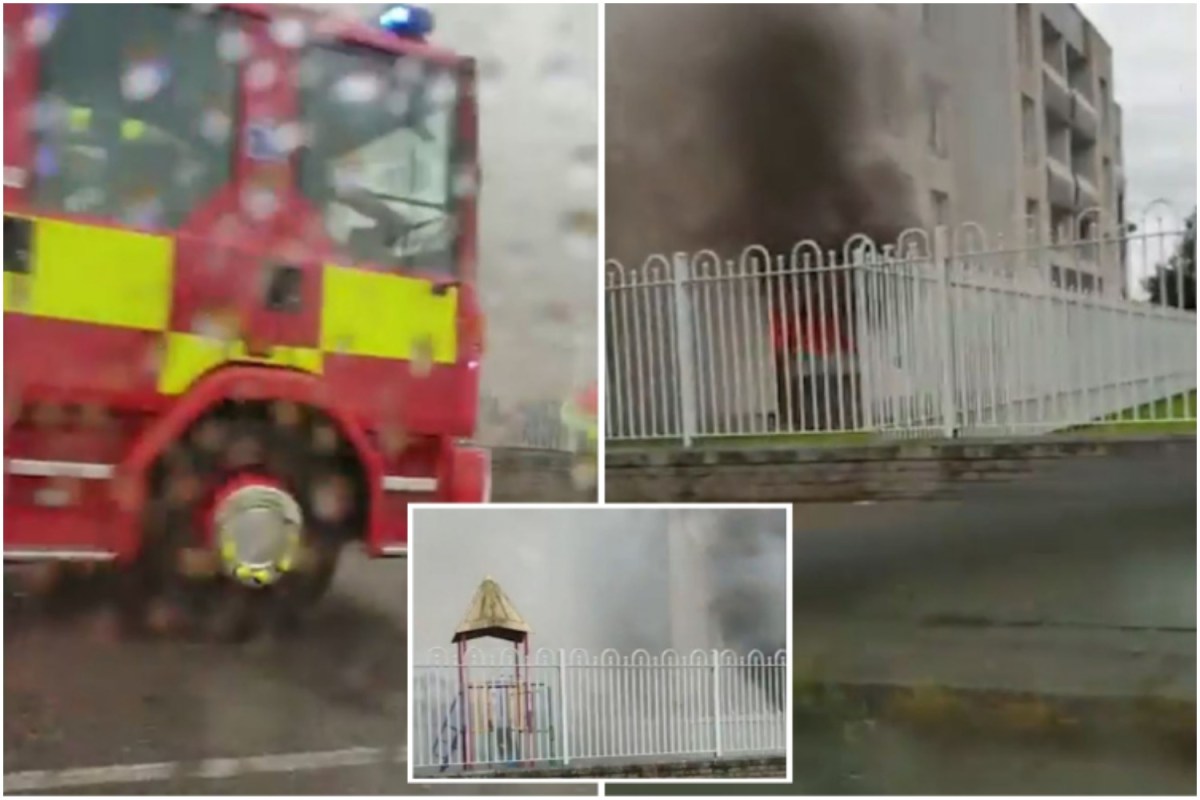 FOOTAGE has emerged of a huge blaze which gutted a North Dublin flat earlier this morning.

Firefighters from Kilbarrack and North Strand raced to Cromcastle Court in Coolock after hell engulfed the property.

Families were forced to flee as thick black smoke billowed from the building's windows, and completely covered a children's playground which was right next to it.

The video that's been widely shared on social media shows the large number of emergency services that responded to the early morning blaze.

“On arrival crews were met with a well-developed domestic fire involving two apartments.

“Fire crews from Kilbarrack and North Strand stations attended and using breathing apparatus conducted a search of the premises and dealt with the fire.

“No injuries were reported and the fire was brought under control at 07:28.”

Gardai confirmed they have launched a probe into "an incident of criminal damage" at the flat complex.

They said investigations were "ongoing".

Twitter is spending hopes on editing a button soon