Do not advertise drinking and advise a drinking area 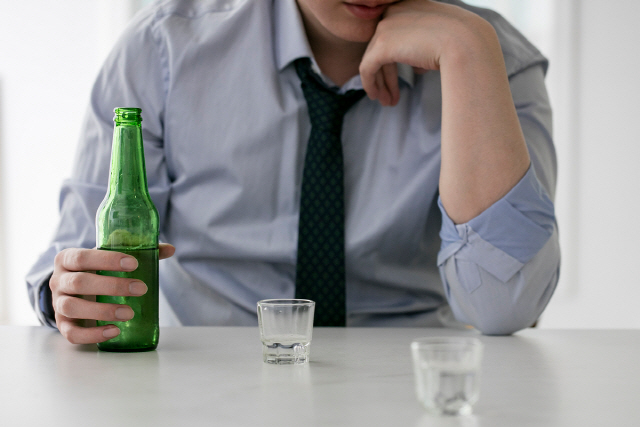 Already in 2020, the commercial model will not be seen drinking alcohol in mainstream advertising. This is a means of preventing advertisements of alcohol and irritation. In addition, the government has decided to actively promote a policy to prevent alcohol abuse by targeting public institutions and places that protect children and adolescents as "district law courts."

The Ministry of Health and Welfare and the Korea Center for Health Promotion and Development announced a "mortality prevention program" on the 13th of the month. According to a survey by the National Health Insurance Agency (NHRC), the socio-economic costs of drinking alcohol were 9.545 trillion won in 2013, more than smoking (7.7 trillion won) and obesity (6.769 trillion won). In addition, Yun Cheng-ho, who was in a brain-death condition after being hit in a drunk driving car in September, died on 9 September.

First, the government decided to strengthen the core advertising standard in return for a new media environment, such as Internet TV (IPTV) and social networking service (SNS). This will promote the advertising standard set out in the enforcement order of the National Health Promotion Act on legal instruction and clarify the issue to be implemented as "liquor production, importer and distributor."

Advertising of drinks is not allowed in the future to express drinking behavior. The advertising model refers to drinking or stimulating alcohol through scenes or sounds. In addition, mainstream advertising can not be placed before or after content that minors can view. Advertising for drinks can not include songs designed specifically for advertising. At this time, ad serving only applies to TV and radio ads.

DMB, data transmission and IPTV are also applied to non-alcoholic time zones (7: 00-10: 00), which have been applied only to TVs.

You can not advertise your products at events sponsored by mainstream companies in the future, but only sponsors. Alcohol advertising can not be attached to transportation or transport means such as underground passages, airports, ports, cars, and ships. However, in exchange for equity with the standard for advertising cigarettes, alcoholic beverages are permitted in international aircraft and passenger ships where tobacco advertising is permitted.

The government will promote the designation of the Greater China Area. Through the amendment to the National Health Promotion Law, youth facilities such as government offices, medical institutions, public health centers, libraries, and care centers for children, kindergartens, elementary and junior high schools and youth facilities are designated for Jinju regions. Drinking is allowed only if the manager of the public place recognizes an exception, such as a village event held on the premises of the school. This area is designated by local governments through regulations. The government plans to change the law next year, already in 2020, expected that strengthened advertising exceptional drink and the designation of the ban zone will be carried out.

We will strengthen education this week. Develop a youth orientation program that can be used by school teachers, and nurture lecturers for health, business, and military practitioners. Cooperate with consumer organizations to monitor compliance with the "drinking scene guidelines" of drama and entertainment programs, and to guide the autonomous correction through the results as a case study.

It will set up an integrated support center for city or city toxicity management with a population of over 200,000 and set up an addiction team at the municipal and provincial mental health center to help addicts and expand the mental health infrastructure to help with alcohol therapy and rehabilitation. In addition, we benchmark the cases in Seoul to run the "counseling course gets" and help counselors who actually act out of alcoholism in the community.

In the meantime, the Ministry of Health and Social Affairs will hold an "Alcohol Abuse Prevention Event in 2018" at the Seoul Post Tower, I would like to express my gratitude to the commendable people who have contributed to the liquor business and to look at policies and strategies to prevent alcohol abuse in major countries through the Symposium Policy Alcohol. / Kwon Hyuk-joon Professional Correspondent [email protected]