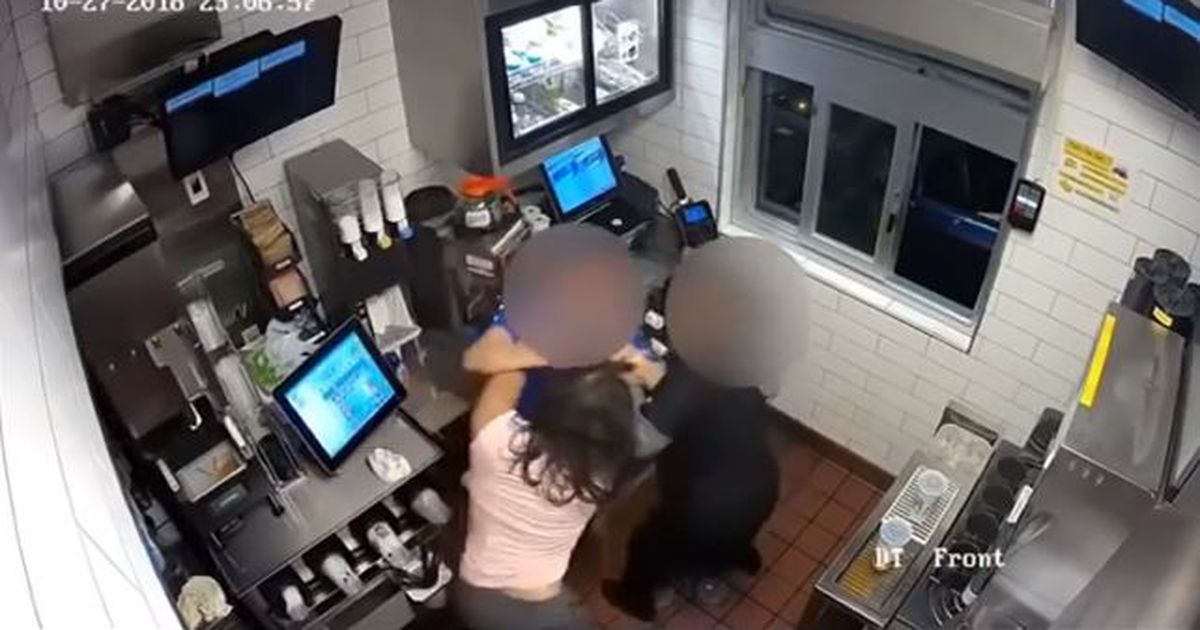 Police released a video on October 27. It shows how she hugs her hands McDonald's The worker's neck. She is an impressive window right now, while the other restaurant staff is trying to help her colleague. Then a man appears and the woman leaves the restaurant with her.