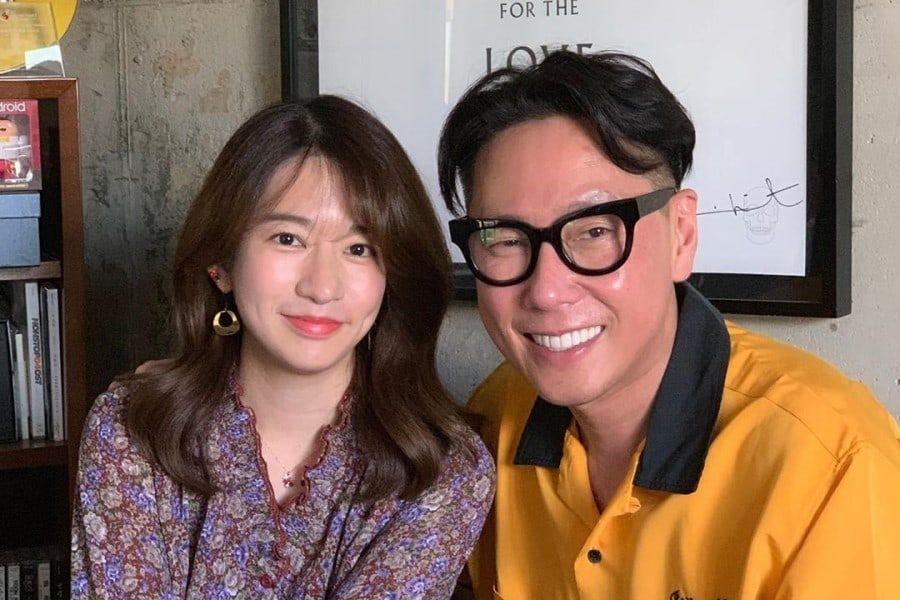 Earlier in March, it was revealed that Takeuchi Miyu had officially signed with Mystic Story. On August 5, Yoon Jong Shin uploaded a photo of himself with Takeuchi Miyu, which he uploaded earlier, along with an explanation of the decision to postpone her song.

Here is the story of the monthly Yoon Jong Shin monthly release, which I hesitated to tell first.

On January 9, a small Japanese lady found her way to the Mystic Story company building.

She introduced herself as Takeuchi Miyu and stated that she wants to become a Mystic Story practitioner.

She said she entered the final for "Produce 48" by Mnet and was also part of AKB48. After hearing many stories about her sincerity and hearing from staff that she worked hard to study [Korean], I watched Miyu's videos carefully.

With her honest attitude while working a lot as a coach, I felt her love for Korean culture, which is why I wanted to give Miyu a chance.

Also, I accidentally wrote a brilliant and refreshing urban folk song two years ago, so I wondered how Miyu would sing the July issue for Monthly Yoon Jong Shin. I started practicing Miyu that song in early spring.

From the meaning of the song to the pronunciation, phrasing, and nuances, Miyu practiced really hard and worked hard. A very refreshing confessional song was completed, and the music video was also complemented with a retro vibe of the 80s.

After the July issue setting, Miyu thanked me by expressing her excitement that her family and the many people around her will be happy. [to hear the release]. I was also very pleased and liked the finished product.

While I waited for this refreshing song to suit the summer vibe, senseless remarks from the Abe government of Japan and the far-right appeared, and the situation quickly worsened, so after much discussion, monthly Yoon Jong Shin finally decided to delay the The release of the song with promise of a future date. With the award-winning July release, I added song lyrics to a song I had already written and made a song called "AI." We quickly completed a music video, and we barely managed to release the July song on July 30th … It was a very pleasant June. and July.

Because of those people with wrong and false judgments, thoughts, values, and certain historical views, creators unexpectedly receive damage and harm.

I leave this message because it's such a shame because Miyu has worked so hard and it's also a song that I really liked.