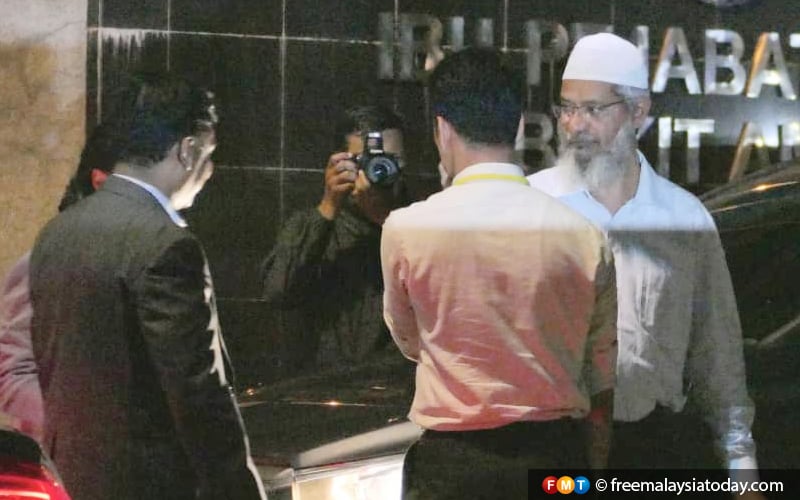 PETALING JAYA: Controversial preacher Zakir Naik is "out of control," PKR deputy vice-president Zuraida Kamaruddin said today as he urged that more time be given for party leader Anwar Ibrahim to address "hot" current issues, such as e.g. Naik.

She said Anwar was gone when Naik made remarks about the Malaysian Indian and Chinese communities in Malaysia that led to the outcry, as well as opposition to a government decision to extend the operation of the Lynas Corp. license.

On Friday, PKR secretary general Saifuddin Nasution said the party is waiting for Anwar to return before the party takes a position on Naik. “We'll wait for him to come back and preside over the meeting. Only then will we make our official stand, "Saifuddin said.

Zuraida's remarks today were reported by Malajiakini, who said she criticized Naik, saying: "He broke our faith in him, and himself exploited the opposition."

Naik recently sparked controversy when he questioned the loyalty of a Malaysian Hindu to Prime Minister Dr Mahathir Mohamad, and was later quoted as saying that the Chinese community in Malaysia were also "guests" in Malaysia.

Police have since called on Naik to file his statement after more than 100 police reports were filed against him. He is expected to be called again on Monday.

On Thursday, Putrajaya renewed Lynas' license to operate in Pahang for another six months, based on several conditions, drawing criticism from environmentalists and several elected representatives of Pakatan Harapan.

Google Maps adds an enormous arrow for the directly challenged. Turn it on now