Guidelines for fair treatment of roses 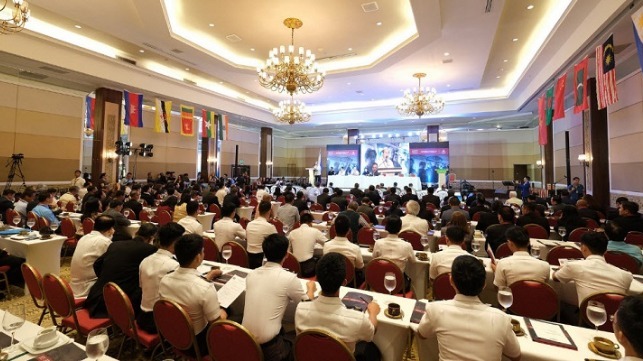 Regional meeting of the leading sea countries in Asia highlighted the plight of many seamen in the event of a marine accident, and committed to lead the drive towards the proper and effective implementation of the IMO and ILO guidelines agreed on the fair treatment of sailors.

Given the global nature of the shipping industry and the various jurisdictions that the seafarers may come into contact with, they felt that they needed special protection, especially in relation to contacts with public authorities in the event of a marine accident. The guidelines, which are voluntary, do not seek to interfere with the local, criminal or civil law of any country. Instead, they balance the rights and obligations of the stakeholders to which the guidelines are concerned, ie, seaports and coastal states, flag states, seamen states, shipowners, and seas.

The meeting, which took place in Manila on November 13, was organized by the International Copyright Organization (SeFarers International Rights) (SRI), a body that studied the Maritime Law and Maritime Act, and DOLE, the Philippine Department of Labor and Employment.

In Manila's first statement on fair handling of seamen, senior government representatives from more than 10 countries in the region said the right time for action to be taken to protect their seamen. The move follows a conference on SRI's directives at IMO offices in London last June. Representatives from more than 50 countries called for regional meetings to discuss guidelines and how they fit national legal frameworks.

The Manila meeting received international support from the IMO Secretary General, the ILO Standards Director, as well as Ambassadors and Ambassadors from more than 30 countries outside the region.

"Several governments have already implemented the guidelines but many others need to consider them and see how they can be implemented within their legislation, and how capacity can be applied," said Deirdre Fitzpatrick, CEO of SRI. Build among all stakeholders and actors a role to ensure more effective implementation and enforcement of the fundamental rights contained in the guidelines. "

Stephen Cotton, Secretary General of the International Transport Workers' Union (ITF), welcomed the Manila statement, saying it was setting the way forward. "Now that the hard work begins, we need to create an implementation plan to circulate the statement to ensure that every sailor feels the benefits of what has been agreed here today, that they are being treated fairly," Cotton said.

The participants hope that other regions will follow the example set in Manila.