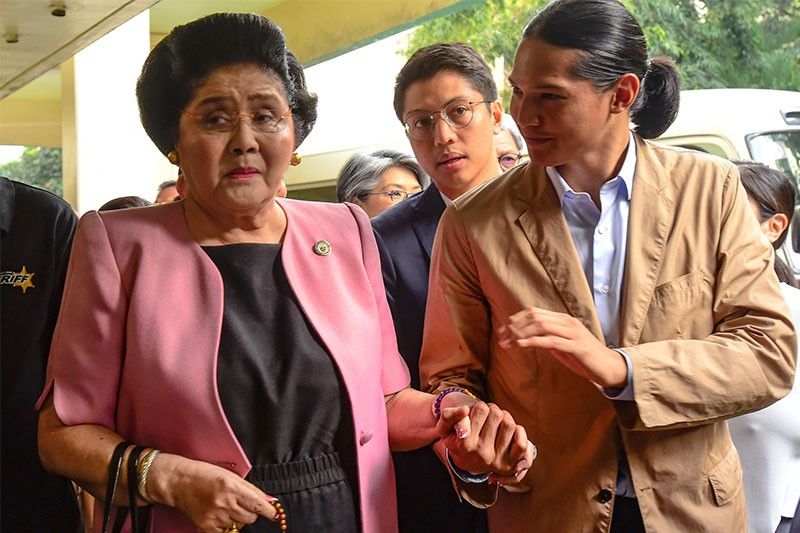 Last week, Imelda Marcus mentioned her health condition due to the lack of a declaration of her case last week, but she has another excuse when she faces the court on Friday.

In a hearing on Friday, widow of ousted dictator Ferdinand Marcos, she said she did not know her files were set for publication on November 9, according to a Star report.

The 89-year-old first lady claimed that her cook received the announcement of her publication and then put it in her secretary's office, which was on leave.

"If I knew your honor about it, I would be here, even if I was ill I would come here," Imelda said as she took the witness stand.

According to her testimony, legislative contender Ilocos Norton said she had only discovered the court's decision against the implant in her files last week after watching television.

She said she woke up late last Friday because she felt sick.

Sandiganban, the head of the Fifth Division, the deputy justice minister, on the other hand, confronted Imelda for attending the birthday party of her daughter Ilocos Norton Gov Imi Marcus after she was convicted.

Imelda told the court that my mother is "crying and begging" her to attend a party in San Juan City.

On Thursday, the Marcos camp said Ilocos Norte's legislature had missed reading its verdict, as it "suffers from multiple organs."

"The failure to appear was not intentional and did not mean to belittle this honorable court, but only because it was not exposed," Marcus said.

In a lawsuit filed on November 12, Markus' camp included a certificate from Imelda's doctor, and Ben Kuenang from St. Luke's Medical Center.

Against the Sandiganbayan court implant allowed Imelda to publish a P150,000 bail on her temporary liberty. Last Friday, the court found her guilty of at least seven counts of grafting. – Patricia Lourdes Viray with reports by Elizabeth Marcelo