Kubica will return to Formula One 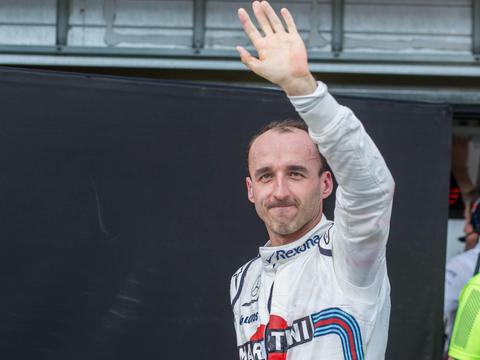 Kubica competed in F1 for the last time in the fall of 2010. Before the next season, he participated in the small Italian Round of Andorra. There he suffered an important accident that had excluded him from sport for many years. He has suffered many operations and a serious rehabilitation to turn Williams's test this year. No choice of race on Formula 1 tracks. This will change the next season. With well-informed sources, the contract with Williams is ready and today in Abu Dhabi, where the next race will take place, it must be signed.
– The biggest limitations are in our head. If we can eliminate them, nothing is impossible – says the pole, in relation to the ineffective right hand.
"Robert Kubica's story is a novel. It is a happy luck and a bad luck, a drama, a passion, a hope, and now a happy end. Let's prepare for one of the greatest runners in the history of a sport that will excite the enthusiasm of many fans, "writes the Italian sports every day La Gazzetta dello Sport.
The supporters of our conductor are delighted, but Kubica is able to thank the group of sponsors who have helped him to accumulate a huge amount. Robert's contract with Williams will request two seasons, and Orlen will pay PLN 100 million to sponsor the British team.
Ryszard Opiatowski