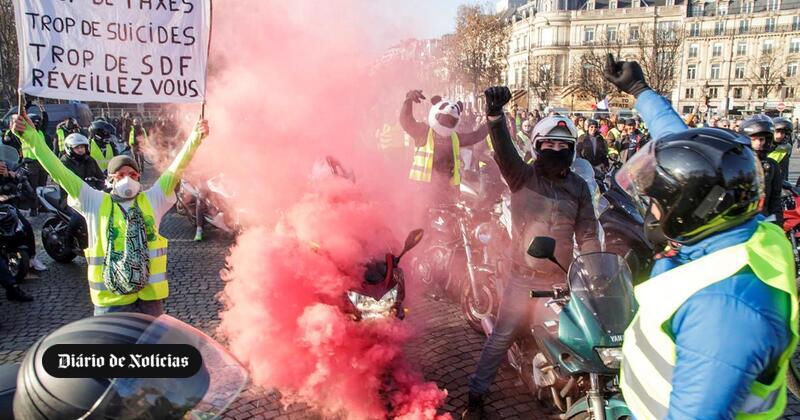 The National Association of Portuguese Transport (ANTP) will meet again with the government on Tuesday to discuss the problems of the sector and make sure that the fight against the government's reaction is carried forward. "from him [terça-feira] We need to respond to these and other entrepreneurs who want to be in the field and continue to work for their future and their children, "ANTP president Marcello Lopez told reporters in Lisbon after a meeting at the Planning and Infrastructure Office.

According to the official, contrary to what was stated, the secretary of state for infrastructures, Gilharma Olivier Martins, was absent from the meeting: "We talked about several issues that were on the table, [mas] They did not give us answers to what was done. What is promised is that from [terça-feira] We will meet again, we will work on regulating the industry, "he added.

On the table will continue to be the claim of the collective labor agreement, better working conditions and still the price of fuel. "Maybe tomorrow [terça-feira] We can get positive answers, it all depends on what the government wants to do […]. If we can not, the struggle will be carried out, as it should have been today, if we can not get answers from the government, "he said.

Subscribe to the leaflets news And get the information firsthand.

According to Marcio Lopes, this Tuesday's meeting will be attended by Gilhamra Olivier Martinez, Secretary of State for Employment, Miguel Cabritta and a representative of the Tax Authority.

Several protests against the rise in fuel prices cut off car traffic on Monday and blocked fuel pumps across France.

More than 10 thousand Portuguese truck drivers were affected by protests that prevented the usual circulation of vehicles, as already confirmed to LOSA Marcio Lopez.

The demonstrations are organized by the "yellow coats", a civil movement created in France, on the margins of parties and unions, on social networks, and is opposed to increasing fuel taxes and reducing purchasing power.