Cristiano Ronaldo and Neymar, a boxing match in the ring! They put their gloves on their hands and went in like two cocks! VIDEO 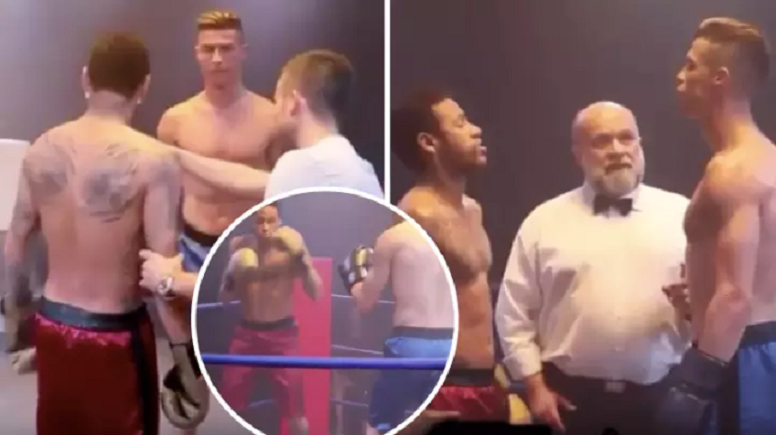 Cristiano Ronaldo and Neymar threw fists into the ring. But without hitting!

Cristiano Ronaldo and Neymar are protagonists in an advertisement that places them in a boxing ring. The two put on their gloves and went in like two cocks, then pretending to be fighting.

In fact, the clip is one of a mobile advertising company in Portugal called Meo.

Over the years, Cristiano has starred in many commercials, one of the funniest movies for Meo as well. He remade a scene from Home alone.

Cristiano Ronaldo takes on Neymar in the boxing ring. ???????? pic.twitter.com/Uki5gqdwNS