How Gigi Becali arrived to tune in to the FCSB coach! "Beat Poenaru and enter the final" 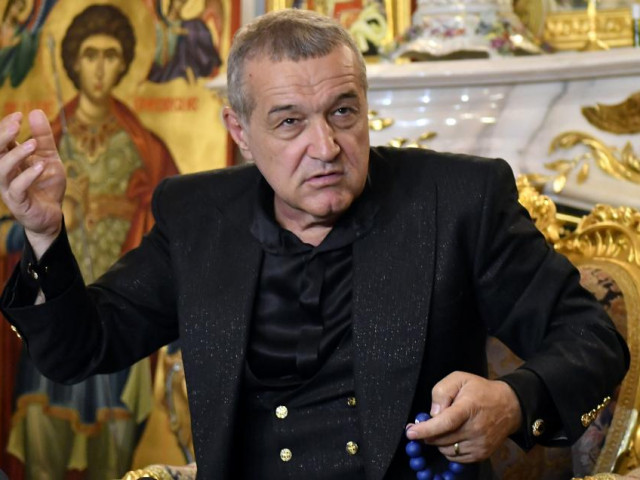 Gigi Becali found a new way to choose the coach FCSB. The red-and-blue financier looks at the top 1 leagues and decides on the wins.

Thus, after Clinceni – Chindia 3-1, Ilie Poenaru entered the "final", there, from what Becali understands, will face Costel Enache.

"I watched Clinceni – Chindia to see who beat Ilie Poenaru and Viorel Moldovan! Poenaru beat and entered the final! I will also watch CFR – Hermannstadt tonight to see who enters the final. But I do not want to bring Dan Petrescu if he knocks ", Becali said for Fans.

The cited source claims that Enache is the one who has the greatest chance of reaching the FCSB, and will be presented on Monday, after the match with Volunteers.

Cristiano Bergodi, another solution for the FCSB

Cristiano Bergodi was one of the coaches for FCSB, but the Italian does not understand how Gigi Becali has become rejected by so many coaches.

Cristiano Bergodi suspects something is wrong with the FCSB. "I'm surprised they don't have a coach yet, but they're always looking for me. I'm surprised because it's a team that has or doesn't have a tradition, I don't know. It's Mr. Becali's team … I thinks there are problems there, " declared the Italian in a press conference. "He wasn't looking for me," the coach added.

Cristiano Bergodi tried to find an explanation for the situation at FCSB. "I don't know for sure why the coaches didn't accept this team. Every coach thinks they have the freedom to do something. Probably there is no freedom at this time," the Italian said.