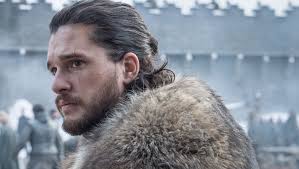 "Eternals" is a feature film featuring superheroes from the Marvel franchise, in which the actor will play alongside Angelina Jolie and Salma Hayek. In this new movie, Kit Harington joins his colleague from the famous HBO series Richard Madden.

The announcement was made at convention D23, organized by Walt Disney Co. in Anaheim, Southern California.

The Guardian announces that "Eternals" is a story created by comics artist Jack Kirby in 1976. Its action is placed millions of years ago, when a group of cosmic beings known as "The Celestials" performed experiments on to create individuals with superpowers known as the "Eternals / The Eternals." Their actions triggered a war with the negative characters in the story, known as "Deviants / Deviants."

The two camps have fought throughout history. The "Eternal" group had confrontations with gods from Greek, Roman and Northern mythology before leaving Earth for the purpose of exploring the stars.

The film will be directed by Chloe Zhao, who has worked on the films "The Rider" and "Songs My Brothers Taught Me". The screenplay is signed by Matthew and Ryan Firpo, and Marvel studio director Kevin Feige will be in charge of the production.