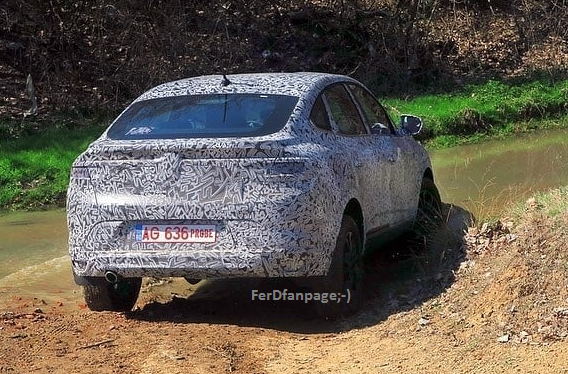 Dacia will launch a hybrid-powered SUV, according to an article published by Bloomberg, citing anonymous sources. Dacia currently has a very high level of emissions and needs more efficient engines to avoid fines for the Renault group since 2020.

"It's hard to imagine Dacia staying out of this trend," Renault Group chief sales officer Olivier Murguet said of electrifying cars. Dacia currently has the largest recoverable distance between the EU-2021 emission targets and the current average sea level. To do this, the French company, which owns the Romanian brand, must take measures to minimize Dacia emissions, with the help of more efficient engines. A hybrid engine is imminent nowadays, but its introduction could affect the versatility of the brand.

Representatives of Renault have repeatedly stated that the Dacia electric model is not yet suitable, because the main advantage of the brand, the price would significantly affect the introduction of the electric offer. By contrast, hybrid engines have become more and more affordable, and new soft-48-volt hybrid batteries are starting to come very close to a diesel engine.

READ IT PHOTO GALLERY Bucharest will use Mercedes-Benz hybrid buses

Currently, based on the current emissions of the fleets, the Renault Group has to pay around 450 million euros in fines, after the new CO2 emission limits come into force, and the biggest influence on emissions will be given by the cars. Dacia, which is growing sales and increasing its share of the group's average emissions, considering that Renault's efficient models have reduced sales. The calculation shows that about 17% of the group's estimated profit could go towards CO2 penalties.

Dacia transformed these years into Renault Group's profit center, Dacia now generates, according to analysts, about 10% of net revenue, comparable to a premium brand and perhaps even on the edge of some of these expensive brands. The introduction of hybrid or electric engines could cost the Dacia brand around 671 million euros, or 1,269 euros per vehicle sold, according to an estimate by London-based Evercore ISI analyst Arndt Ellinghorst. He says there is very little space to introduce these costs into the prices accepted by Dacia customers.

READ IT Another failure: CNAIR received Lot 4 Leases – Needed by A1 Freeway, but says it cannot open it

Renault is currently selling the Zoe electric model for around 23,000 euros and is about to launch the cheapest Clio model, with a hybrid engine, in 2020. After that, the petrol-electric engine could also enter the Dacia bid. probably at Duster, which has the highest price in the range and thus enables the introduction of costs in the profit margin. However, it is not excluded to see a new model, another SUV, more expensive and better equipped.

The information published by Profit.ro is retrievable only within the limit of 500 characters and with the quote in the lead of the source with an active link. Any deviation from this rule is a violation of Law 8/1996 on copyright.