What was the mood on the first evening … 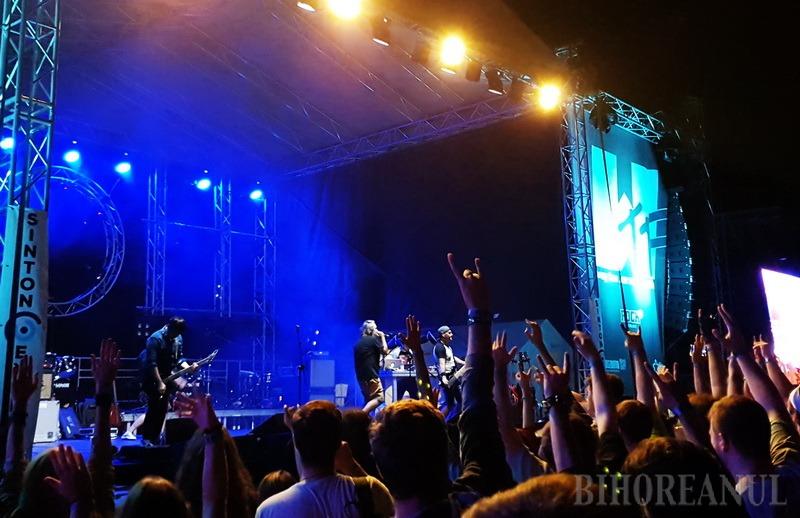 The Way Too Far (WTF) festival began Friday in Ineu, within the Kingsland complex. About 500 people attended concerts on the first evening, but the number is expected to be higher on Saturday and Sunday. Some small organizational pins delayed the start of the concert by 40 minutes.

First on the scene were the mouth-watering residents of Kunnstra. Under demo flights of Kinglsand's pleasure planes, they were both impressed by the virtuosity of guitarist Andreea Zerstörer, and with the song performed with the band members rotated between them on instruments (the soloist went to drums, the drummer took the guitar, and the guitarist moved the bottom).

After 55 minutes of the recital, they were followed by The Details, an interesting and fun band, for whom the attendance at a rock festival may seem a bit eccentric. Led by a drunken frontman and voice actor, the group combined takeovers of other bands' repertoire with their own compositions and constantly spoke to the public, often giving rise to laughter and good humor.

The audience in front of the stage was crowded into the appearance of the NOR people. his 45-minute recital.

The most anticipated band of the first evening was Coma, who felt at ease: immediately upon her arrival, the atmosphere on the stage began to resemble a rock festival. They were followed, after midnight, by the Man with Rats, a band that premieres in Bihor, where the Oradian bassist Radu Andrei Szucs also performs. The first evening of the WTF ended around 3 o'clock with the recital by the Timisoara hardcore group Implant For Refusal.

For the second evening of the WTF festival, Saturday, August 10, concerts by Riot Monk, Bitter Moon, Iris, Dirty Shirt, Crazy Town and Punkarta are scheduled. The concerts will start at 6 pm in the evening. The Hungarian band Ossian, announced as board member on day 2, will no longer be present. The night will end with a party after party, where DJ by Lucian Boescu will mix. On Sunday, the third day will be Times of Need, Aurora, Altar, Bukovina and Viţa de Vie.

Refreshments and alcoholic beverages, as well as various dishes and sweets can be consumed in the festival space. Those wishing to come by car can call for special OTL races from 12:00 on the plateau in front of the Trade Unions House. The return courses will depart from Ineu, also from hour to hour, starting from 1 pm in the evening to 3 pm.