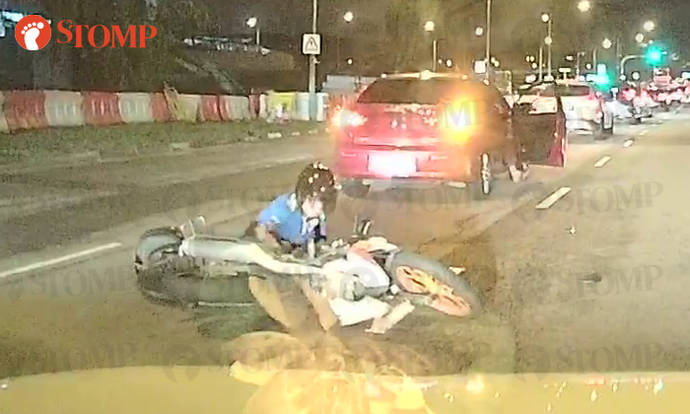 A man collided with the car and fell off his motorcycle along Jurong West Avenue 2 last Thursday night (15 November), around 8:30.

Stomper Patrick Traveled by an incident committee, who was caught on his camera in the car.

In the video, a biker can see a collision in the back of a red car sitting on the road after getting knocked off his bike.

Finally he got up and tried to lift his bicycle as the driver of the vehicle got out of his vehicle.

Patrick said to Stomp: "It happened near Corporation Road.

"I think a biker did not notice that the car had already stopped.

"Even from where I was, I could see that all the cars in front of us were already stopped.

"The motorcyclist did not look wounded, so I did not wait there.

"I submitted the video in case the car manager needs it in the event of a dispute."