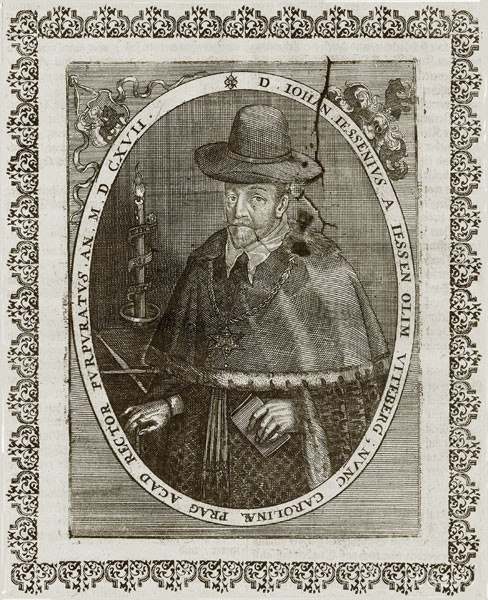 Bratislava, December 27 (TASR) – Jan Jessenius, a physician and anatomist, performed his first public autopsy in Prague. It was a brave act and a great feeling in times of many religious prejudices. He has authored more than 50 scientific articles on medicine, philosophy and history. 450 years have passed since his birth. He defeated his contemporaries with a wealth of medical knowledge and approaches in healing.

He was born on 27 December 1566 in Wrocław (now Poland). However, he came from an old family of Jesenský from Horní Jasen (today village of Turčianske Jaseno in Slovakia), to which he claimed. He studied philosophy and medicine in Wittenberg and Leipzig, Germany. He continued his studies at the University of Padua, Italy. He was the personal physician of Emperor Rudolf II, head of the department of anatomy, surgery and medical botany at the Wittenberg University from 1595-1602 and court physician of the Hungarian king Matthew in Vienna (1608-1612).

Since 1613 he has worked in Dresden (Germany), Basel (Switzerland), Tiibingen (Germany), Czecha Prague and Siena (Italy). In 1617-1620 he was rector of Charles University in Prague. In 1618 he joined politics, against the election of Ferdinand II. King of Hungary.

Jessenius came to Prague at the invitation of a friend of the Danish star Tycho Brahe. A professor at the University of Wittenberg, the then 34-year-old Jessenius split with the permission of Emperor Rudolf II. at the Reček University of Prague University, the body of an executioner. This "anatomical theater" began on 8 June 1600 and lasted for five days. On the corpse of the hanger he showed the shape, size and placement of individual organs in the human body. He began autopsy of the abdominal cavity and explained the function of the viscera. He continued through the chest cavity, brain, sensory organs, and ended up in limbs. While the man was lying on the table, he also cut the sheep's womb to show and compare the audience. About five thousand viewers watched this inappropriate "performance".

The public was excited, the Catholic Church was outraged. Jiří Kezelius Bydžovský described him in his Chronicle of Mladá Boleslav as a person who quartered people and was eventually quartered himself.

Jessenius the course of the autopsy and its results were summarized in a cycle of nine lectures. He published in Wittenberg the writings of Johannis Jessenii and Jessen, Anatomiae Pragae, Anno MDC and solemniter administratatae history (John Jessenius of Jasene, a history of autopsy performed in Prague in 1600).

The autopsy was well received and reportedly requested the reopening of the Faculty of Medicine at the University of Prague. In the years 1604-1605, Jessenius and his students performed other anatomical autopsies that were already part of the teaching (tearing up a woman and child).

In medical practice, Jan Jessenius emphasized in particular the correct diagnosis as the basis of successful treatment. In one of his works he described the determination of diseases according to color, density and coagulation of blood. He applied modern surgery. He described the human skeleton in detail and Johannes Kepler based his eye anatomy on the construction of the telescope.

After the Battle of White Mountain and the arrival of Ferdinand II. He was arrested and sentenced to death as the leading figure of the anti-Habsburg resistance. He was executed at the Old Town Square on 21 June 1621 (he cut his tongue, hung his head on the Old City Tower and displayed his broken body in various parts of the city). It is not yet known where John Jessenia's remains are.