It's here! Drucker officially arrives on the political scene: He has revealed the name of his new party 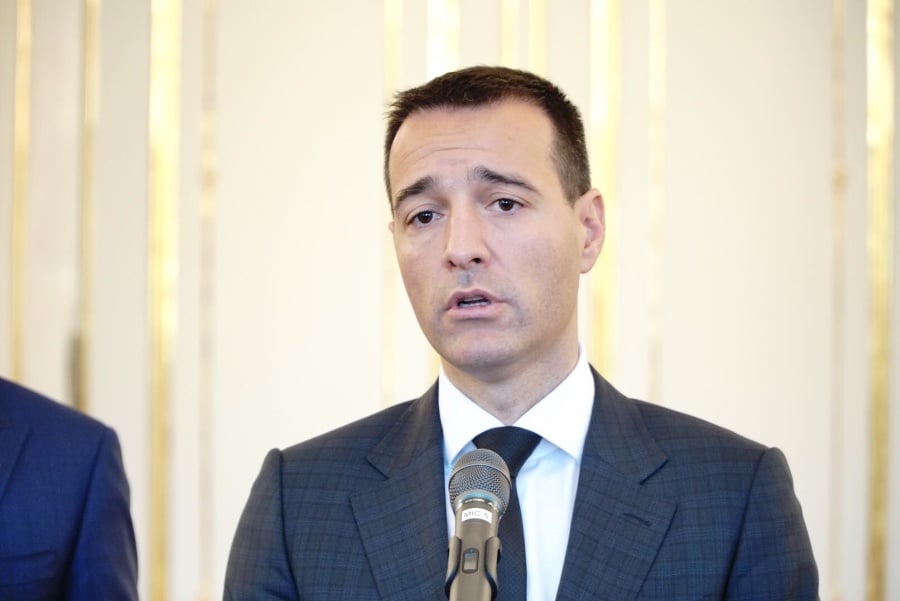 Earlier this summer, Drucker announced on his website that he was going to the regions to see people talk to them about their daily problems. This time the site underwent a minor update and changed its domain name to dobravolba2020.sk, which apparently added the name of its new political entity – Good Choice.

The party logo is in red square with white text Good Choice. A similar red visual is used by several political actors. "I feel that many people find no alternative for themselves in the ideas, programs and actions of existing parties, and therefore new ones emerge," said Drucker recently. Today it literally lives on its website with texts about what is missing from politics.

At the same time, Drucker announces in the promotional video that they will introduce a team of experts in the coming days and start collecting signatures.

Drucker has not yet established a party: he wants to talk about solutions in the regions

"If something is missing in politics today, then it is normal. Not only should humanity, solidarity and decision-making be normal. Politics must also have a normal agenda and achieve real results. Because speech does not improve people's daily lives," it is said on the site of the emerging party.

The continuation of the page has three basic points. It is a fair health for all, a better life for families and the elderly and functioning and strong regions. At the bottom of the page, the party offers a signature sheet that is required for the final set up of the page. The minimum legal limit of 10,000 citizen signatures is required for its creation.

It started with a survey

Drucker said in early July that he wants to visit people in the areas. He acknowledged that his engine was driven by a credible poll of political leaders, where he finished third behind Petr Pellegrini and Zuzana Caputova. "I also think not to hinder that confidence," Drucker did not deny his ambition to capitalize on the results of his credible inquiry.