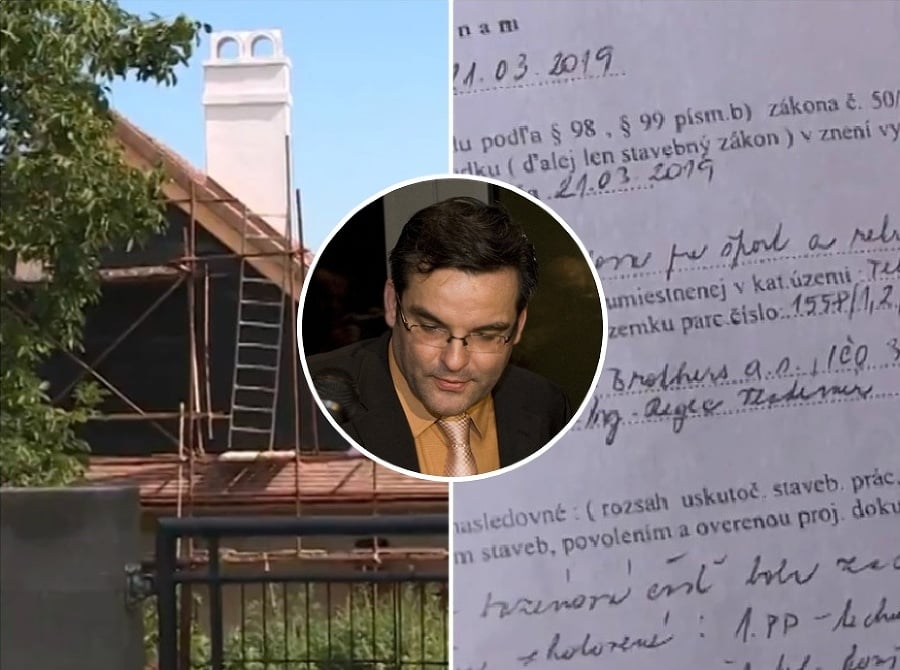 The case was dedicated to the TV Markíza. It was started by the owner of one of the neighboring lands. The construction of several buildings in this part of the village is illegal and he has also contacted several competent authorities. Part of the buildings on the Santa Cruz settlement is a 200-year-old Baroque mansion, for which according to Eric Fabian, who owns one of the neighboring lands, he has given permission for rebuilding.

Building permit, the scope of which has been extended

Fabian claims, however, that the building permit was granted exclusively for the aforementioned palace, but several buildings are still being built in its vicinity, probably without permission. "The other buildings below are actually black buildings," said Fabian to TV. According to him, in addition to the reconstruction of the palace began to build black and other structures without permission.

The significance of Erik Fabian's claims can also be confirmed by a record from the State Building Inspectorate, which indicates that it was found that construction had begun without permission. At the same time, the document states that work has ceased. However, the work still seems to be in full development. The construction supervision document was released in March this year. According to Fabian, the buildings were stopped at the stage that concrete skeletons of the buildings already existed. According to television footage, however, the buildings are almost complete. "People have money and they do what they want," thinks the owner of the neighboring land Fabian.

Behind the project is a Quietikova company

According to the television, the owner of the place is MK Brothers. Her business record says that the chairman of the board is Martin Kvietik, a member of the acting family of Kvietikov and son of Stefan Kvietik. He is also a member of the Slavic Capital Group. Among other things, it should be close to the CIS government. He reportedly bought the mansion three years ago, saying he owns the nearby lot.

The main critic of these constructions Erik Fabián also visited the city council with these findings, where they were told that they would not comment on this topic. "They said not to open Pandora's box," Fabian finished.

The mayor knows the case, the firm rejects the allegations

Fabian's arguments do not agree with the firm either. TheThe information you provided is incorrect. The works were and are carried out in accordance with the legislation in force. " said media consultant MK Brothers Patrícia Pack.