The eye-catching and imaginative software engineer Amie DD had an RFID chip implanted in her hand from the card, which opens and triggers her Tesla Model 3. What did she have to do?

The idea came when Amie ordered her Tesla 3 model and found that an RFID card would be used to get in and operate the vehicle. She was inspired by another chip that was already implanted in her body.

In doing so, she usually logs on to her own site and opens the door lock. She originally planned to copy data from the card to access her new electric car on the original implant, but safety measures did not allow her. And for that, Tesla praised.

The course of implantation

So Amie DD had to have another chip implanted in her body, specifically in her hand. This is the one on the Tesla card. To get it, it dissolved the card in acetone. She then encapsulated it in the biopolymer to ensure safety for her body. 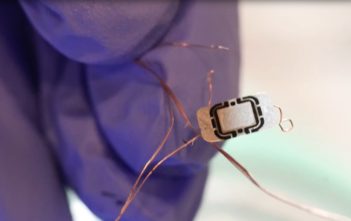 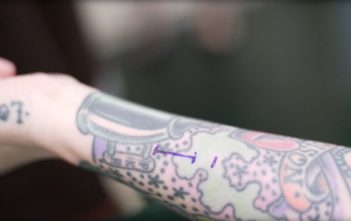 And with the help of expert Amal Graafstra of DangerousThings. The company specializes in bio-cutting and rag implants. Then she used the services of a studio that has experience in body modification – Shaman Modifications. In doing so, she consulted with doctors, who in her opinion were not fully identified.

Who is Amie DD?

As mentioned earlier, Amie DD is a software engineer dealing with 3D printing, electronics, costume design and design. He creates video tutorials related to these topics and runs a shop to sell his products.

She started as a game and simulation developer at Marvel Studios. She then moved to R&D, working on Xbox and Playstation. So we doubt you would like Elon Musk. Particularly within his focus Neuralink.

Related articles:
The probability of stealing a Tesla is 90% lower than the average
Tesla Model 3: Customize the chassis with NASA and special tires
Top Gear: Teslu Model 3 you want, because it's better in all directions