Fatma Bint Mubarak for motherhood and childhood in the first session .. Learn about the categories of the 11th prize 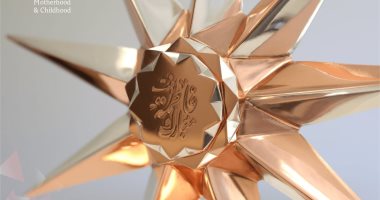 The Emirates Theater of the Emirates in Abu Dhabi, United Arab Emirates, is to host the 6th Mother and Childhood Award of Fatma Bint Mubarak on Tuesday 20 November.

The award was announced by Her Majesty Sheikha Fatma Bint Mubarak during the Mother and Child Forum in November 2016 and launched in November 2017. In March 2007, Al-Rim Binet Abdallah Al-Falasi, Secretary-General of the Supreme Council for Maternity and Childhood, Until the end of June 2018, was established by the Supreme Council for Motherhood and Childhood within the objectives and strategy of the award.

The best scientific research in the field of motherhood and childhood is given to individuals in the social and humanitarian fields who have prepared studies and studies that contribute to the development and treatment of maternal and child issues, public and private institutions that provide facilities that enable the lives of mothers and children, Provide a supportive environment for working mothers and the best campaign or awareness program in the field of motherhood and childhood directed at public and private institutions and institutions that have helped promote awareness of the empowerment of women and the rights of mothers and children and the best educational initiative Initiatives of public and private institutions that promoted early education services and promoted the children's approach to their various levels of social life and the best initiative to empower concerned children and youth. Empower people with special needs and improve their presence and enjoyment of their social, economic and cultural rights.

It is also directed at public and private institutions, which have provided effective initiatives to promote the rights of children, ensuring protection and enjoyment of their rights, and the best initiative to support the healthy lives of peoples and children. And provide the necessary advice and guidance to promote a healthy lifestyle and the best community contribution in the field of motherhood and childhood. It is given to one of the governmental and private institutions and institutions that have made an effective contribution to mothers and children and to promote social contributions for women and children. This initiative is given to one of the governmental and private institutions Who play an effective role in supporting children and adolescents, discover their talents, support them and work on their development, lead status and bring them to one of the nurseries of government or private institutions that operate effectively and effectively on childcare and development of skills And the last category is the first child of the United Arab Emirates, targeting children in the category of 6 to 11 years old, and young people between the ages of 12 and 18, who succeeded or grew up in one of the artistic or literary fields with a regular education with excellence.

In a speech given last week by Fatima Bint Mubarak, President of the General Women's Union, Chairperson of the Supreme Council for Motherhood and Childhood, Supreme President of the Family Development Fund and Honorary President of the Association of Businesswomen, she said: "The prize is the embodiment of the UAE's great interest in opening The doors of excellence and creativity in the field of birth and children, both local and external, derive from the attention and attention paid to the mother and her children wherever they may be, and to facilitate the means of raising their children in good conditions and in a healthy environment. For professionals in the country, to actively participate in the award. "