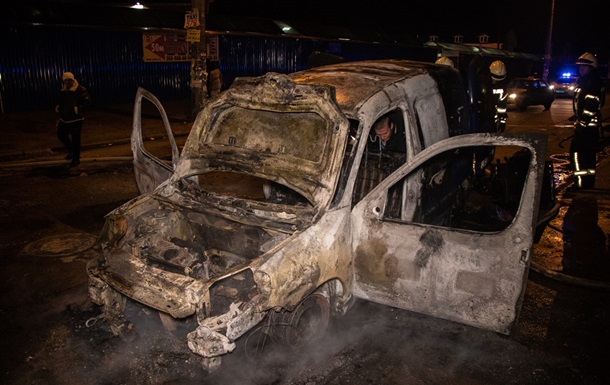 The fire almost destroyed the car

Within minutes, the car, remodeled like an automatic coffee shop, was completely engulfed in flames. The driver was not hurt.

In Kiev, on the street Kirillovskaya near the market Kurenevsky, car Citroen Burlingo caught fire on the run, which was reequipped as an automatic cafe. He writes about this informant.

According to eyewitnesses, the Citroen Berlingo drove along Kierlovskaya Street towards Stefan Bandera Boulevard. As the car drove past Korniewski's market, a flame began under the hood. Within minutes, the car was full of flames. The driver managed to jump out of the burning car and tried to salvage an expensive coffee machine installed in the Citroen trunk, but could not open the back doors.

According to preliminary data, the cause of the fire was a loose fuel pipe. Fuel hit the hot parts of the engine and ignited.

The fire almost destroyed the car.

Earlier, in the center of Kharkiv, hit a car while driving.

It was also reported that a car set on fire in Naberezhno-Khreshchatitskaya street in Kiev. Under the hood of the car he began to smoke thick smoke, and then the car caught fire.

News from Correspondent.net In telegram. Subscribe to our channel https://t.me/korrespondentnet