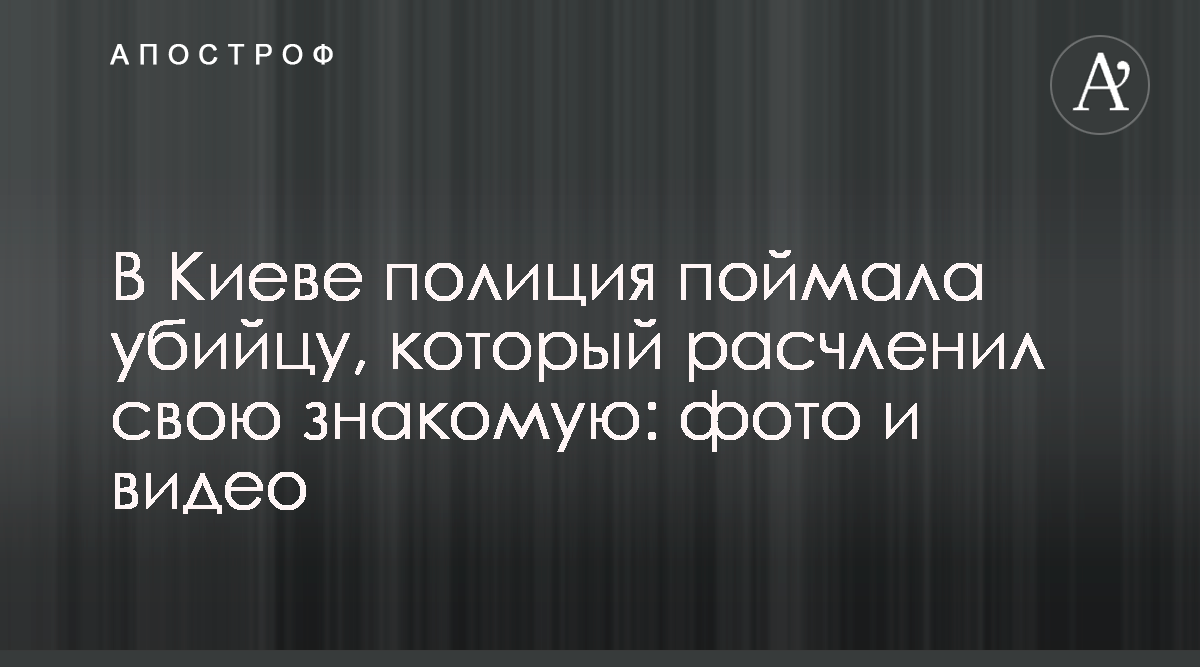 In Kiev, they arrested a man who killed his friend, after which he dismantled her body and threw it into the canal.

This was reported by the press service of the metropolitan police.

Residents of one of the houses on Street Enthusiasts turned to the police. Near the canal, they found bundles with fragments of the human body.

The head of the Dnieper Police Department's criminal police sector, Igor Bolva, said the local resident, born in 1984, was killed. Her searches were conducted from August 13, and her mother reported the woman's disappearance to police.

"During the operational search measures, they exposed the murder of a 38-year-old Kiev citizen. As it turned out, the local resident and his suspect came to his house the day before. After drinking alcohol together, a dispute broke out between them, during which the an assailant grabbed a knife and beat a woman. To remove the traces of the crime, he disembarked the body in the apartment, and then carried parts of the body in luggage, "the police said.

On the murder, criminal proceedings under Part 1 of Art. 115 (pre-meditated murder) of the Criminal Code of Ukraine. The apostle previously reported on this the body found at the canal most likely belongs to Irina Klipkova, who disappeared on 13 August.