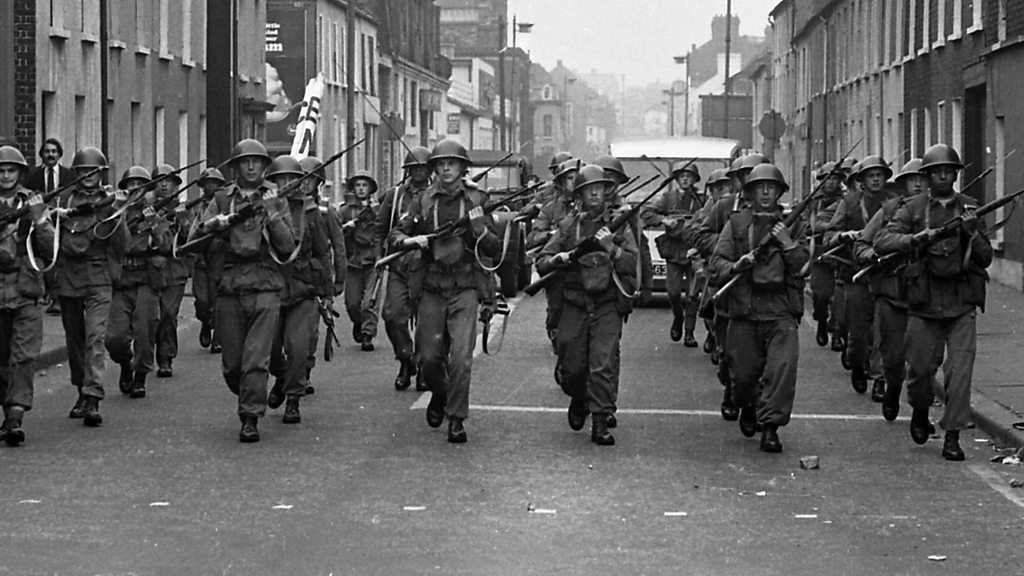 Hundreds of ex-Army personnel and the Royal Irish Regiment participate in a parade to commemorate the start of Operation Banner.

The event marks the 50th anniversary of soldiers deployed in Northern Ireland in August 1969 in what the Army calls Operation Standard.

Operation Banner lasted until 2007, costing the Army hundreds of lives.

It has become the longest continuous campaign in British military history.

As part of the commemorative event, Ulster Aviation Society Westland Scout Helicopter and old military vehicles are on display outside the Irish Line Center and Lisburn Museum.

Ian Simpson, of the Northern Ireland Veterans' Association, which hosts the event, said: "This 50th Anniversary of Operation Banner is a milestone in Northern Ireland's history and we are honored to celebrate this milestone event in Lisburn. "

He said it was a chance to remember those who died or were injured in the Troubles.

Mayor of Lisburn and Castlereagh City Council Alan Givan said: "Being a garrison town, it is fitting that Lisburn was chosen by the Veterans Association of Northern Ireland as the place to remember and commemorate those service men and women who have tragically lost their jobs. life and the many who were injured during this period. "

The Defense Ministry said 722 soldiers were killed in the Troubles as a result of "hostile action".

Deaths attributed to Army number 297, according to Ulster University's conflicting archive. These include killings in controversial circumstances.

Since the first deployment in August 1969, troop numbers have swelled considerably over the years, reaching 27,000.

Explore footage from a BBC archive to learn more about the events that took place until August 1969.