Ebola epidemic: the new treatments that have increased survival of patients with the virus at an early stage up to 90% 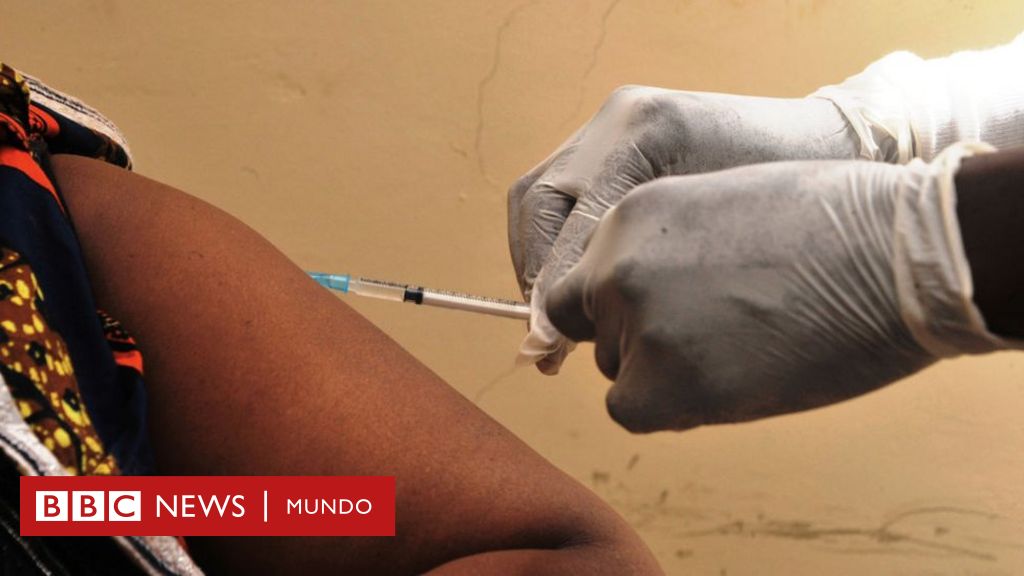 More than 40 years after the discovery of the deadly Ebola virus, a team of scientists announced on Monday the finding of a cure that has proven 90% effective if applied early in the disease.

So far there has been no remedy with such high success rate against this virus.

So much so that the doctor responsible for this study defined the discovery as "the achievement of his life" and as "the greatest news of the year".

Since it was first detected in 1976, this harm has killed about 13,000 people, most of them in the last five years.

In July, the World Health Organization (WHO) declared c "international public health emergency" due to the Ebola outbreak, which has affected the Democratic Republic of Congo (DRC) since mid-2018 and has already killed about 1,800 people.

The last time WHO used the same level of global health emergency during the Ebola epidemic, which destroyed parts of West Africa between 2014 and 2016, when it killed more than 11,000 people and infected nearly 29,000

In fact, there was only early treatment for specific symptoms and the possibility of oral rehydration therapy and intravenous fluids that could increase the chances of survival, but these never exceeded 50%.

Michael Ryan, director of emergency care at WHO, told the newspaper The New York Times that the death toll from the last outbreak was believed to be over 70%.

Since November 2018, a team of scientists has tested four types of antibodies to treat more than 700 people infected with the virus in DRC.

An independent board of scientists followed the study and found that two of the drugs were highly effective at infection when the patient received them in the early stages of the disease.

The National Institute of Allergy and Infectious Diseases of the US Institute of Health (NHI), one of the study's leaders, confirmed on Monday the high survival rate of close to 90% among those who participated. in the test

"They are the first drugs that, according to a solid scientific study, have clearly proven significant decrease in mortality ", said Anthony Fauci, director of this center, according to the Efe Agency.

The magazine Science details that "in 41% of the trial participants who sought early treatment and had low blood levels of Ebola," mortality was 6% among those received the REGN-EB3 antibody and 11% among those who took mAb114.

However, the overall mortality rate in patients with any level of infection (not just among those with low level) was 29% with the REGN-EB3 and 34% with the other treatment.

15% of the participants were vaccinated against the virus before participating, but the data obtained so far are precocious and do not show if this condition affected the outcome, he explains. Science.

The drugs REGN-EB3 and mAb114 are now the only ones authorized to treat Ebola patients in DRC.

The final analysis of the data will be done between September and October to obtain conclusive results.

"The drugs neutralize the virus, the symptoms disappear and the patient feels better […]"Jean Jacque Muyembe, director of the National Institute of Biomedical Research in Kinshasa, DRC, and responsible for the study, told the BBC.

The antibodies are given as an injection and after two weeks disappear from the body.

"It is better if the patient comes early, with symptoms, than if he is late," added Muyembe, who is also part of the team that discovered the virus in 1976.

The doctor explained that vaccines are only for treating Ebola, but not for preventing it: "They don't protect for life. They don't immunize," he warned.

A different vaccine has recently been administered to help prevent the spread of Ebola in DRC.

“The impact of new drugs [en la República Democrática del Congo] It will be huge. Because patients consider treatment centers as places of death. So if you see people coming and going to the community for the effectiveness of the treatment, they will not hide their patients at home. They were going to take them to the hospital immediately. It is very important to break the transmitter, "Muyembe said.

Here it is "the biggest news of the year", the doctor assured hope.

You can now receive BBC World notifications. Download the new version of our app and activate them so you don't miss out on our best content.