"The fascist themes of Grindelwald's crimes are everywhere this fall 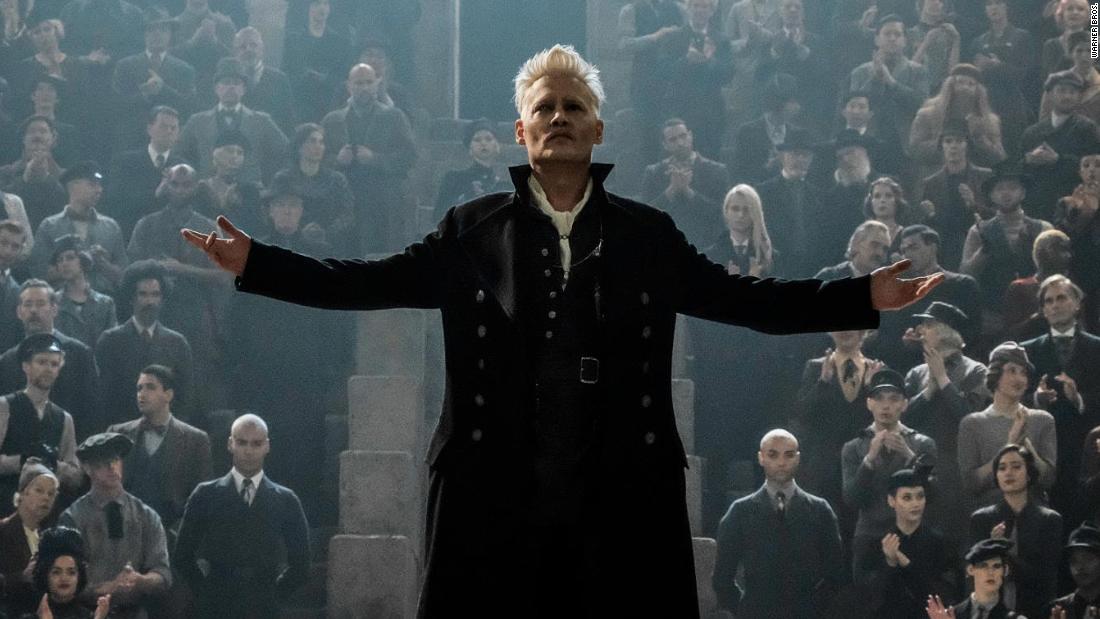 Now follows Rowling's movie theaters "The Grindelwald Crime". Anyone who read or watched the Harry Potter series knew where the story was going. What we did not know was that she was going there so fast.

Recently seen by the magic police, on his return Grindelwald is a seductive speaker who likes a stump speech. He does not trust the country, is obsessed with the dynasty, preaches a supreme vision that declares that magicians are not "less" but "others" and a threat awaits a blossoming. It's the first sorcerers he says, his manifesto is built on fear. But Grindelwald paints figures we thought we knew for our purposes.

Rowling's script takes the European history of 1920, filters it through its magical world and adds dashes of contemporary American anxieties. It is not particularly sophisticated – but then also does not want to be. And this is not the only film in the fall that flexes his political muscles.

After a summer in which Vox debated the lack of lucid politics in the latest box office hubs, we have ourselves season of dissatisfaction with a big screen.

Fascism is under the microscope, on both large and small scales. The latest "Fantastic Beasts" joins a growing list of releases dealing with the subject in varying degrees of directness.

At the last ball of the summer we already had under our belt a "finale operation," based on the true story of Mossad agents in 1960, who drew Nazi war criminal Adolf Eichmann in Argentina and brought him to trial in Israel. Then, in October, two versions of the terrorist attacks by Paul Greengrass and "Utoya: July 22" by Eric Poppa.
Both publications landed on ethical questions regarding the entertainment derived from the recent terrorist attacks. For his part, Gringras told the BBC that his film was not about the attacks, but "how Norway fought for its democracy," when confronted by an extremist ideologue. Through fair procedure in the courts, the values ​​of the nation have won.
A remake of Luca Guadagnino's "Sufiriya", released in October in the United States, took the classic cult of Dario Ergo on a German dance school run by the witches and injected the trauma after World War II and asked whether the stain of Fascism would pass between Future generations.
In the meantime, Michael Moore's "Fahrenheit 11/11" documentary came in September to the headlines that compared Hitler to President Trump, and the director claimed that democracy was not in place.
There is more material to come. "Taganruk" director Taita Whitetti is in the midst of the production for "Jojo Rabbit," a satire in World War II, in which a young German boy with an imaginary friend (who plays witty in Hitler's stand) has to confront his naive worldview.

And Guillermo del Toro announced last month he will write and aim to stop traffic "Pinocchio" set in the 1930s Mussolini era of Italy.

Del Toro described his Pinocchio as "an unassuming soul with a bold father who turns over in a world he can not understand." The complex history of the child's doll, including a period in which it is taken by Fascist and indoctrination propaganda in Italy, adds another dimension to what promises to be repeated and complex.

What is the ultimate goal here? Entertainment Yes, but also something more.

"The Finale Operation is not just a museum, there are things to say about today," said his director Chris Weitz, who went with: "This movie is going to pee a lot of racists and it makes me very happy."

Both notes indicate relevance and support. But there are problems controlling the message. In the digital age, when it is possible to strip so easily of the intended meaning, cinema's ability to support a political position leaves it open to appropriation or subversion. The "transformation" of pop culture was visible.

So should creatives continue to feed these images into pop culture machine? By leaving characters like Grindelwald to be examined for condemnation, filmmakers are creating another poster child for those who espouse his views?

An example of this can be found in the corners of the Internet where "The Man in the High Castle" – a historical drama of alto-history in which the US is divided between the American Reich and the Japanese Empire – has been adopted by those who agree with its politics.

"Grindelwald Crime" does not play a zero sum; Many times many more people who watch a movie will be horrified by its villain than to see Grindelwald as a brother in the arms. But acting like a canary of cultural coal is not without the risk of death and your rattle deliberately translated.

This is not a new problem – the split between the creator and creation was established in literary theory in the 1960s, but with the last grasp of films that planted Fascism on a blow, it is worth remembering.